The march of eurozone unemployment continues

An unstoppable march? Maybe. The consistent monthly practice of smashing unemployment records in the eurozone continued in April with the overall total reaching 12.2% while youth unemployment hit a whopping 24.4%. 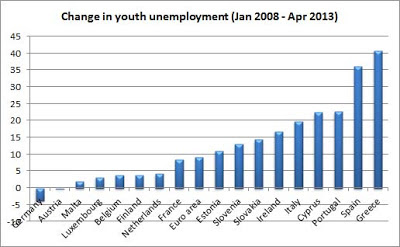