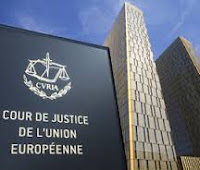 The Commission has now published its press release explaining its reasoning for taking the UK to court over its ‘right to reside’ test for EU migrants. This is the key passage:

“The ‘right to reside’ test is an additional condition for entitlement to the benefits in question which has been imposed unilaterally by the UK. UK nationals have a ‘right to reside’ in the UK solely on the basis of their UK citizenship, whereas other EU nationals have to meet additional conditions in order to pass this ‘right to reside’ test. This means that the UK discriminates unfairly against nationals from other Member States. This contravenes EU rules on the coordination of social security systems which outlaw direct and indirect discrimination in the field of access to social security benefits.”

The benefits that the Commission cites as being affected are:

So, some are asking, isn’t this simply a case of the Commission enforcing the law?

To answer this question, you have to get to the real heart of the matter, which neither the Commission nor the UK Government has really set out explicitly. It is a rather complex technical issue of how certain benefits are defined and how the UK’s welfare system interacts with different EU laws.

The underlying issue is that most EU countries tend to have a generous ‘social security’ system but one which is generally financed by in-work contributions (so as a migrant you wouldn’t get access without substantial contributions and neither would a host national). They tend to have a lower safety-net ‘social assistance’ scheme (if they have one at all).

EU law (under the Free Movement Directive) allows governments to indirectly discriminate when assessing claims for ‘social assistance‘ and prevents people gaining residence rights by simply accessing social assistance. For social security (for which there is a separate EU Regulation) all forms of discrimination are prohibited. It is important to remember that the right to free movement within the EU is not unqualified – you have to be travelling to work or seeking to work. Travelling to access social security was not envisaged, but workers should be treated equally while in work.

From the Commission’s challenge it appears that it thinks both types of JSA should be considered ‘social security’ and therefore there can be no indirect discrimination, which they argue the ‘right to reside test’ is. However, unlike in other countries, that means incoming migrants can potentially get access to the bulk of UK welfare system having contributed very little, if anything at all. This is why the Government is defending the ‘right to reside’ test as a means of ensuring you can only claim in the UK if you have a legal right to be in the UK and an economic link to the country. The Government would also argue that Income-Based Jobseekers’ Allowance should be defined as ‘social assistance’.

Another recent case is also interesting. Austria is fighting the Commission in the ECJ about granting access to a certain benefit to an incoming migrant from Germany. As Work and Pensions Secretary Iain Duncan Smith told the World At One earlier, “the Austrians were told, in the Brey case, that they could not…they had to pay somebody who was a German the income-related benefits, because they were essentially social security, not social assistance.”

However, yesterday, the ECJ’s Advocate-General came down in favour of the Austrians, whose argument was supported by the German, Irish, Netherlands, Austrian, Swedish and UK Governments, in saying that the particular benefit constitutes social assistance and that Austria can therefore impose safeguards. IDS has taken heart from this opinion and the Government believes the same principle applies in the UK case.

In Spain, there is now a different but related argument about the refusal of some hospitals to recognise the European Health Insurance Card – it is as yet not clear why the hospitals have refused but Spain is also subject to legal challenge from the Commission.

In short, the EU’s current rules in this area, which have largely developed through case law, are hugely complex and do not reflect the different national systems that are in place. As IDS said, the UK Government is already talking with “the Germans, with the Dutch, the Danes, the Spanish” about setting the limits to the EU’s power in this area. Given that, this is completely the wrong time for the Commission to launch an intervention as politically explosive as this.  It is also worth adding that there is a cross-party consensus on this issue with Shadow Home Secretary Yvette Cooper today backing the coalition’s position.

The UK should therefore avoid merely a narrow defence of its right to reside test but use this opportunity to settle this issue once and for all with root and branch reform.