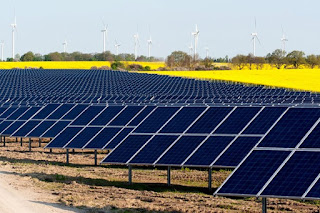 The past few weeks have seen a marked increase in hostilities between China and the EU over the ongoing trade dispute, centred on the solar industry. Given that it’s between two of the largest economies in the world, this dispute is not to be sniffed at.

As the WSJ noted last week, the Chinese government has increased its rhetoric against the recent EU trade investigation in illegal subsidies to solar panels imported to the EU from China, while the threat of similar action on telecommunications is deepening the divide. Tensions peaked over the weekend with the Chinese delegation to the EU putting out a press release containing a veiled threat of retaliation if the EU pushes ahead with tariffs and other protectionist measures.

Below we lay out some background and key points on the solar panel case which is driving the dispute.

So what’s going on here?

There are a lot of different legal, economic and political points to consider here.  It is clear that the Chinese firms are receiving significant subsidies and by the letter of the law there should probably be some tariffs.

However, this episode obscures a much more fundamental point: the EU’s solar panel market is to a large extent unsustainable. In the early 2000’s Solar firms were given significant subsidies, especially in Germany, and were able to expand rapidly despite being barely commercially viable. Once the eurozone crisis hit, and governments had to start cutting spending, the subsidies dried up.

Ironically, cheap imports from China are likely to have played a significant role in supporting this market as public subsidies in Europe wound down (by helping to bring down production cost). Similarly, given the variety of cheaper options available, solar cannot yet be commercially competitive without some form of government support – be this directly from Europe (which cannot afford it at the moment) or indirectly from China. So, again, ironically, there’s a risk that the tariffs contribute to killing off Europe’s own solar market – raising questions about the Commission’s claim that the tariffs are needed to protect 25,000 European jobs.

This is also a classic example of large firms using their market position to lobby the EU to take action to lock in the status quo. Larger firms such as Solar World are keen on the tariffs and/or other protectionist measures while smaller firms (that are looking to partner up with and import cheap components from Chinese firms) are reluctant.

Finally, whilst the Chinese government isn’t exactly whiter than snow, the EU must be very careful not to trigger a trade war – not only would it be economically damaging, but the EU’s trade image would also be seriously damaged.

Finding a compromise should be the short term goal, but over the longer term it poses an interesting question over how national policies impact other countries (see also the prospects for currency wars) and what can be done to manage this. This dispute should also force the EU to consider its position on heavily subsidised markets which are very rarely viable over the medium and long term.

So, what next? The dispute is likely to continue, although a statement last night by EU Trade Commissioner Karel De Gucht did show some signs of conciliation. A decision on whether to impose the temporary tariffs will be needed by the 5 June – if they are imposed then the dispute could escalate quickly. These would run until December when the investigation is complete at which point the findings and prospect of permanent tariffs would be put to the Council of Ministers.