There has been a lot of debate recently about what the UK public really want in terms of the UK’s relationship with the EU. In an attempt to shed some further light on this Open Europe has today released a new poll conducted by ComRes. 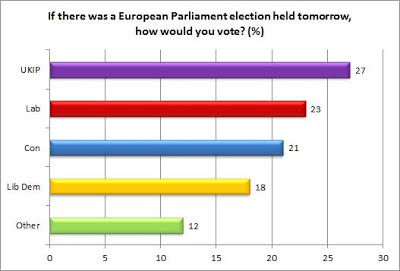 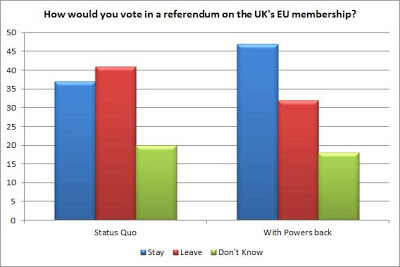 Of the individual party leaders, the public still has the most faith in David Cameron to negotiate a better deal for the UK in EU – though it’s clear that there’s a high degree of scepticism about whether a new deal can be delivered by anyone. In order address this ‘credibility deficit’, Cameron must start to press ahead with substantial reforms now. 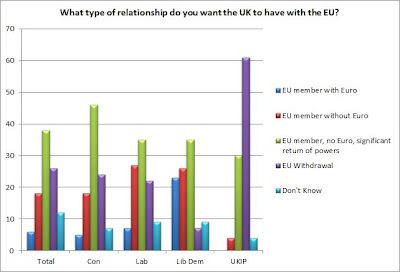 In general, one thing is clear. That is the desire for a wider choice between simply In or Out. When asked to choose between different possible relationships that Britain could have with the EU, the public’s preferred option is to remain a member of the EU, without the Euro as their currency, but with the significant return of EU powers to the UK (38%). Surprisingly for an anti-EU party, “only” 61% of UKIP voters said they favoured completely withdrawing from the EU, with 30% saying they would be content with “significant return of EU powers”. For every other main party, a slimmed down EU was the single most popular option, suggesting that Ed Millband and Nick Clegg risk ending up out of step with their own voters if they continue to sit on their hands.

Here are some other interesting findings from the poll:

– More than half (55%) of the British public think that the Government should prioritise allowing the UK to have its own immigration policy when seeking to reform Britain’s relationship with the EU. Other areas of priority include giving the UK Parliament more powers to block un-wanted EU laws (42%), reducing Britain’s contribution to the EU budget (36%) and allowing the UK to have control over police and criminal justice laws (32%).

– 38% support the Prime Minister’s policy of negotiating new EU membership terms for the UK and then having an in/out referendum versus 32% who oppose it because they think meaningful renegotiation is impossible or want to withdraw altogether. Only one in ten voters (11%) say they favour the status quo and fear Cameron’s strategy creates “uncertainty”. 68% of Conservative voters, a surprising half of Lib Dem voters (52%), 32% of Labour voters and 21% of UKIP voters support Cameron’s strategy.

– However, when asked the question differently, six in ten (60%) think that it is unlikely that the Government will be able to deliver the changes it wants in the UK’s relationship with the EU – showing that whilst there’s support for Cameron’s strategy in principle, there remains a ‘credibility deficit’ which he must seek to close by pressing ahead with substantial reforms now.

See here for our full briefing on the poll results.