"If you had kept quiet, you would have remained a philosopher" – The Commission utterly fails to address flaws in the financial transaction tax 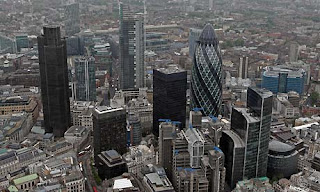 There’s an old Latin saying, “If you had kept quiet, you would have remained a philosopher.” Reading the Commission’s defence of its proposed EU financial transaction tax (FTT), that phrase immediately sprung to mind. It’s not the strongest piece, to say the least.

In our continuing quest for transparency, we have published the Commission’s direct response to the concerns raised by the 11 participating FTT member states (docs which we exclusively published last month).

The Commission’s response ranges from weak to capricious to outright ridiculous. For example, when it says that “we’re not aware of any credit crunch” in Europe. Right…

Arguably the most worrying part of this response is the tone. The Commission is essentially saying ‘we know better’ than financial markets. For example, in dealing with concerns over the impact of the FTT on short term trading, it suggests much short term trading is often “myopic” and that asset managers which trade predominantly in the short term should be subject to less investor demand in transparent markets, despite the success of money market funds and their importance for liquidity.

Now, ‘financial markets’ are diverse, far from perfect and certainly not always right. However, the Commission would be remiss to just dismiss concerns raised by governments inside and outside the FTT zone – but also actors from across the business and manufacturing community (in addition to virtually every bank in Europe).

We have long suggested that there are three key areas of concern which will have to be addressed before the FTT can even hope of being implemented without huge market distortions – the extraterritoriality, the impact on repo markets and the impact on government (and corporate) bond markets.

Many of the concerns raised by the 11 FTT states – and the Commission’s response – related to these issues. Sorry in advance for the length of this post but here are the key points:

As reported this morning, the Commission argues that a “business case” can be created for enforcing the FTT outside the FTT zone. Essentially, exchanges and clearing houses will be responsible for collecting the tax and if they don’t,  the firms in the FTT zone will not want to trade with them.

This is concerning development for a number of reasons:

The Commission also accepts that double taxation is a concern. However, the proposed solution of setting up agreements on where the tax will fall, seems unlikely especially in the UK’s case since it has launched a legal challenge against the tax.

Impact on government and corporate debt

The Commission also fails to provide much comfort on the impact of the FTT on national debt and borrowing costs. It admits it has been unable to estimate the impact due to lack of info, but further accepts that “Member States might be better placed to have access to such information.”

Furthermore, we doubt the concerns over ‘redistribution’ will have been assuaged as the Commission accepts that some money from the trading of government bonds will not go to the country that issued them.

This could be of concern for countries such as Spain, Italy or even France which have huge debt markets but whose debt is widely traded around the world and the EU but international firms. It also seems to punish small countries with less developed financial sectors, since the tax will be paid where the bond is traded firstly with the residence principle only kicking in afterwards.

Possibly more worrying is the response to concerns over the corporate debt market. The Commission seems to brush this off, adding that it is “not aware of any credit crunch” with regards to borrowing for businesses. This is despite the clear survey results showing businesses struggle to access credit in many European countries and the many, many press stories on the issue. It surely cannot argue that given the state of the economy, now is the best time to implement the tax.

As we have highlighted this is an area of serious concern. Unfortunately, the Commission continues to persist with a weak counter-argument insisting that repo markets can be easily replaced by secured loans or lending by central banks (while accepting the short term repo market will be all but destroyed by the tax).

This argument is flawed for numerous reasons:

The Commission does raise the point that Repos can hurt financial stability, but surely this is more a case for effective supervision and regulation than taxing the market out of existence.

With widespread talk of the FTT being shelved for at least another year, perhaps it’s time for the Commission to just admit defeat?