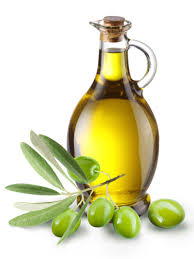 The first mention of olive oil stems from as early as the twenty-fourth century B.C. The Romans introduced elaborate measures to counter-act fraudulent practices in the olive oil trade. Many amphora fragments bear stamped inscriptions or handwritten notes that record information such where the oil was produced, the name of the producer, the weight and quality of the oil when the amphora was sealed, and the name of the merchant who imported it, the name of the imperial functionary who confirmed this information when the amphora was reopened at its destination in Rome, and so on. Fast-forward a couple of thousand years and the EU is trying to out-do the Romans (by now everyone must be familiar with the Commission’s proposal to ban re-fillable containers of olive oil and the subsequent u-turn).

Aside from the self-evidently farcical nature of the proposal, this story does have a couple of broader points about the way the EU works. Firstly, there is the way in which decisions are reached – the so-called comitolgy procedure (see here for a more detailed discussion of this issue). In this case, the proposal was an “implementing regulation” which means no participation from either national parliaments or MEPs, instead the Commission proposal was only considered by a committee of specialists. Incredibly, the Commission does not even to get a majority to back its proposals – its enough that a majority does not oppose them.

Secondly, it shows the huge influence the farming lobby is still able to exert on Brussels (its worth noting the original proposal only encouraged a ban – it did not mandate it). The reaction of Copa-Cogeca, a farming association including large-scale olive oil producers who would have benefited from the ban threw its toys out the pram, with the general secretary Pekka Pesonen claiming that “It is totally unacceptable that the Commission has done a complete U-turn and has succumbed to political pressure like this.”

A lobbying outfit complaining about ‘political pressure’? Could be the new definition of irony.

What’s more, we note that the Commission did at least succeed in one of its objectives. According to an official “The criticism was universal and came from consumers and restaurant owners in all EU countries”. So finally a united Europe!

At the same time though, the Commission’s climb down shows that a rethink of silly ideas and proposals in Brussels is possible. The Commission could’ve stuck to its guns and ignored the complaints – after all, there were some actors in favour of this (farming lobby, some member states etc.) – but reason was allowed to prevail.

One of the issues with EU policy is that it too often suffers from a public choice problem – the benefit of a measure driven by rent-seeking is concentrated on a small, well organised group (the farming lobby in this case) but the costs are spread out over a much larger, but poorly organised group (consumers in this case).

The Commission’s welcome U-turn on this ban shows that this public choice dilemma can be broken, if the second group can get its act together.