When ideology meets economic reality (Part III): Opposition to the FTT grows at the heart of Europe 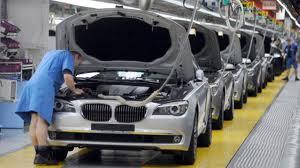 As we noted recently with the exclusive release of  internal documents on the Financial Transaction Tax (FTT), even amongst those who are championing the proposal, there are a huge number of concerns. Well, those concerns are growing by the week, it seems. The last few days have seen several new interventions.

First, there is a report from the Deutscher Aktieninstitute (DAI), an organisation representing German listed companies and investors, which warns that the FTT will cost German companies up to €1.5 billion per year. Blue-chip companies, including Siemens and Bayer, say they will face tens of millions of euros of additional cost from the tax due transactions they make to hedge currency and other risks.

What makes this intervention to significant is that we’re talking wholesome, exporting German businesses – in the German public mind the very opposite to ‘speculative’ finance. As DAI chief-executive Christine Bortenlaenger put it, the tax is “a direct strike against the export-oriented German economy”.

This comes not long after the important intervention by Bundesbank President Jens Weidmann where he warned, as we did a few days before, that the FTT could impact monetary policy. With the German elections only a few months away, these concerns will be hard to dismiss.

Secondly, the Dutch Central Bank has issued a warning that the tax will cost the Netherlands a minimum of €500m, half of which will be paid by its large pension fund sector. This is all despite the country not taking part in the FTT directly. Dutch Finance Minister Jeroen Dijsselbloem hinted that the country is looking for a change in the way that the tax is structured so that it does not impact those not directly taking part.

Lastly, Financial News notes that MEPs – who have generally been the most stringent defenders of the tax – may be changing their minds somewhat. Over 100 amendments have been submitted to the current FTT proposal in the European Parliament. Changes include exemptions for pension funds and repo markets as well as calls for a more extensive cost benefit analysis of the impact of the tax  (though the EP doesn’t have a binding vote on the FTT, it’s still politically signifcant).

This cacophony of voices are strengthened by the fact that many of the concerns raised fall on the same points again and again – the impact on repo markets, the cost to pension funds, the knock on costs for retail borrowers and the reduction in lending to the real economy.

As we have long expected, there seems to be a growing feeling that the FTT will need to be watered down or altered in places if it is to come into force and not have a huge negative impact. The populist rhetoric of the tax seems to be finally butting up against the economic and financial realities which many long warned about.