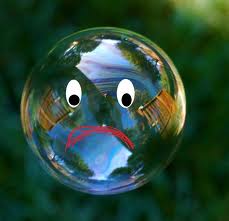 The last few days have seen a shifting of consensus in the ECB rate cuts debate.

Recent economic data in the eurozone has been particularly bad, with private sector activity slowing more than expected. However, potentially more importantly, this effect has been seen in Germany and some of the stronger northern countries as well.

In response to this data most banks and analysts shifted their expectations and now forecast an ECB rate cut in May or June.

The thinking goes that, a slowing economy in these countries (and therefore lower inflation) will give the ECB more scope to cut rates without fear of it having disproportionate effects on the stronger economies. After all, the ECB is meant to find a balance that suits all countries (although it rarely does, hence the flaw of one-size-fits-all monetary policy).

As always on central banking issues though, Germany remains the key player.

German Chancellor Angela Merkel has now waded in to debate about possible ECB action. Speaking at the conference organised by Sparkassen association this morning, Merkel said:

“The ECB is obviously in a difficult position. For Germany it would actually have to raise rates slightly at the moment, but for other countries it would have to do even more for more liquidity to be made available and especially for liquidity to reach corporate financing.”

“If we want to get back to a bearable interest rate level, then we have to get over this internal division of the euro zone.”

In a country where central bank independence is worshiped, politicians usually stay well clear of commentating on monetary policy, so Merkel’s comments are quite extraordinary. Perhaps they were prompted by increasing noise coming out of the French government over what it sees as the need for the ECB to take a more activist approach, despite a genetlemen’s agreement between the two governments not to discuss ECB policy in public.

“Monetary policy is not an all-purpose weapon for any kind of economic illness…Due to impaired monetary policy transmission, the pass-through of rate cuts to the periphery would be limited, and this is where they are most needed.

At the same time, rate cuts would further relax already unprecedentedly easy financing conditions in the core. This is not per se a problem – but interest rates that are too low for too long can eventually lead to distortions. In particular:

For numerous reasons, it seems that a rate cut should not be taken for granted after all. Asmussen is  right that given the broken transmission mechanism and market fragmentation, any cut will have limited effect on the economies where it’s meant to provide a boost. But more importantly, there is still a view in Germany that lower rates could have a harmful effect particularly by pumping up an asset and property bubble – similar to those seen when newly low ECB rates were introduced in the south during the euro’s creation.

That said, the wave of voices calling for some ECB action is growing, particularly given the wider debate on austerity. It will be tricky to balance this with the demands of the northern countries.

Once again the ECB finds itself stuck as the main player in an increasingly political debate.