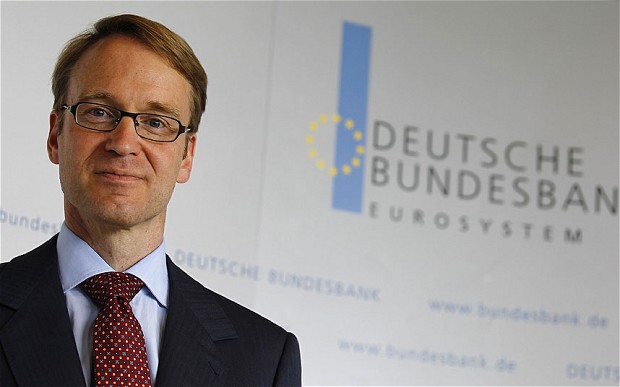 As was made evident by the internal memo about the EU financial transaction tax (FTT) – that we exclusively published yesterday – there are plenty of concerns amongst the supposed champions of the idea.

As we noted in our flash analysis on the UK’s FTT challenge last Friday, the proposal could have a worrying impact on ECB monetary policy:

Increasing banks’ reliance on cheap ECB cash: With central bank lending exempt from the FTT but the market channels to obtain liquidity hit hard, the FTT actually provides a perverse incentive for banks to borrow cheap money from the ECB and central banks. This runs completely contrary to efforts in the Eurozone to get banks off ECB liquidity and could instead further entrench market fragmentation.

This is a point which has been rarely made in the FTT debate but whose implications for Germany – already deeply worried about weak banks over-reliance on cheap ECB funding – could be huge. Sure enough, Bundesbank President Jens Weidmann today raised concerns over this very issue. In a speech in Dresden, he said:

The introduction of the tax has basically been decided but the unintended side effects could be considerable: In its currently envisaged form, the tax will cover asset-backed money market funds, so-called repo firms, and significantly damage the repo market. However, the repo market has a central role in ensuring the equalisation of liquidity between commercial banks.

If it does not function correctly, the corresponding institutions are diverted onto the Eurosystem, and the Central Banks remain massively and permanently involved in the liquidity equalisation between the Banks.

From a monetary policy perspective, the financial transactions tax in its current form is therefore to be viewed very critically, and it shows how important it is to precisely test a regulatory scheme before its introduction. This however takes a bit of time.

Exactly as we warned. More banks – particularly in the southern eurozone – borrowing from the ECB would not only increase German exposure to the crisis (ultimately, the ECB is taxpayer-backed). But it also negatively impacts the independence of ECB monetary policy since it will hamper the central bank’s ability to exit its abnormal liquidity operations and therefore impact its ability to control policy.

This also gets to the heart of what we (and others) have been saying about the FTT.  Although the headline goals and figures look nice, the multitude of side effects (for financial markets, for pensions and even for central banks) mean the real impact of the FTT is far beyond what is envisaged or what can be effectively managed by the regulation.

Watch this space. This could become a big issue in Germany.