Italy has a new Prime Minister. And it’s a surprise one… 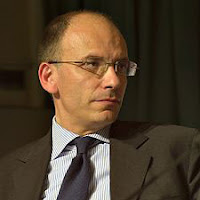 Letta emerged as the main candidate in the last 24 hours. The fact that Napolitano has chosen Letta  is significant for at least two reasons:

We will provide more detailed analysis once Letta unveils his list of ministers. In light of his appointment as Prime Minister, we would now expect politicians rather than technocrats to grab ministerial posts – although we can’t rule out the involvement of a couple of technocrats in the new cabinet.

However, make no mistake: this move doesn’t wipe out the deep divisions among the main political parties, and whatever shape the government takes, it won’t be easy for Italy to continue with the reforms that the eurozone demands.