Lord Renwick: If Margaret Thatcher were Prime Minister today she would seek major reform of the EU before contemplating withdrawal

In a short piece for Open Europe’s fortnightly bulletin, Lord Renwick, a key former advisor to Margaret Thatcher, argues that if the Iron Lady held office today, she would seek major EU reform before considering a ‘Brixit’. 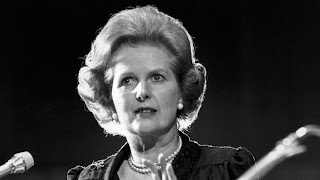 Margaret Thatcher argued relentlessly against the enterprise-stifling effects of EU centralism, hyper-bureaucracy and over-regulation.  She foresaw with critical clarity the economic disaster that would overtake the weaker members of the eurozone, unable to remain competitive by devaluing their currencies.  She would not accept that the British economy could not thrive outside the EU: that would depend on the policies British governments then pursued.  She would and did accept, however, that Britain’s influence would dwindle outside the system, both in Europe and beyond, including with the United States.

If reincarnated as prime minister today, it would be uncharacteristic of Mrs Thatcher not to make a huge effort to change the EU, before contemplating abandoning it. She would be certain to seek to launch a crusade with Angela Merkel, the Dutch and Swedish prime ministers and some of the Eastern Europeans to change the direction of EU policy. This would emphasise fostering growth and jobs, restoring competitiveness, and safeguarding the rights of the EU member states outside the eurozone. Only then, would she decide whether enough had been achieved to render continuing membership worthwhile.

Lord R. Renwick’s “A Journey with Margaret Thatcher: Foreign Policy under the Iron Lady”, will be published by Biteback next week.