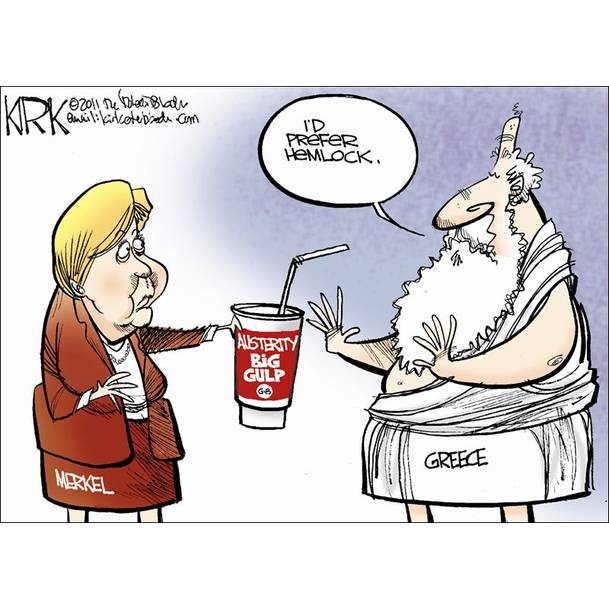 As we’ve noted in the past, a factor that will determine whether the eurozone can hang together in the long term is the extent to which the public in the South begins to see the euro and EU austerity as synonymous.

For example, despite everything that has taken place in Greece, this has not been the case, with a majority of Greeks consistently in favour of remaining inside the euro. The choice is instead perceived as being between austerity or some form of alternative. This is why we rightly predicted that Greece would remain inside the euro following its hectic dual elections last year (at a point when many analysts were predicting an imminent Grexit).

But is this now starting to change?

A new Public Issue poll shows that 66% of Greeks now have a “negative opinion” about the EU. For a country that has traditionally has been staunchly pro-EU, that’s bad enough. But extraordinarily, when the same question was asked only a month ago, ‘only’ 50% of respondents said that had a negative opinion  about the EU- a massive 16% increase in only a month, possibly owing to the handling of the Cypriot bailout and the renewed Troika push for civil service cuts in Greece. Those with a positive view dropped from 48% to 31% in the same space (see the graph below). 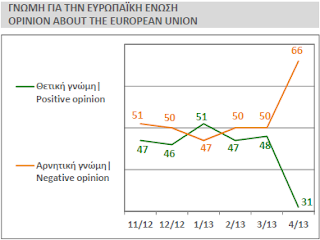 A separate poll by Marc for Alpha TV asked the question, “In case it’s not possible to improve the conditions of the loan agreement, what do you think we should do?” 53.8% answered “remain in the EU and the euro”, while 41.3% said they wanted to “leave the EU and return to the drachma” (4.9% don’t know). Note that this was a question about leaving the EU, not only the eurozone. Whilst still a majority in favour of sticking around, to our knowledge, there has been no Greek opinion poll to date with such a large share in favour of leaving the euro and the EU. 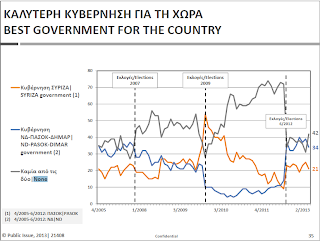 We’re not drawing any firm conclusion from this, although if this trend continues it will be significant. Currently a majority of Greeks believe that things “would be worse” outside the euro. It’s worth listening to our interview with leading German economist Hans-Werner Sinn, which we published today, on the prospects for Greece in the euro. One thing is clear: this won’t be easy.