What is proposed under ‘Cameron’s crackdown’ on immigration – and is it compatible with EU law? 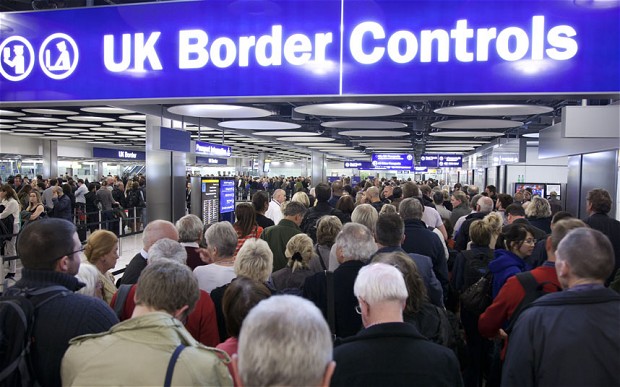 In a keynote speech on immigration, David Cameron has today announced a host of new measures designed to curb EU and non-EU immigrants’ access to welfare benefits. With transitional controls on Romania and Bulgaria lapsing at the end of the year, the political debate on EU free movement in the UK has threatened to boil over.

We have consistently emphasised the benefits of free movement but we do recognise that there are genuine concerns regarding the impact large-scale immigration can have on public services, the lower-skilled section of the labour market and particular communities. It is also clear that there is real public concern about access to welfare systems, given the UK’s particular circumstances: a free health service and a number of non-contributory benefits.

So what does Cameron propose? His speech addressed immigration in general but the measures he announced regarding EU migration in particular were the following:

To ensure people cannot claim benefits indefinitely, in early 2014 we will create a statutory presumption that after 6 months an EEA national can no longer retain their status as a job seeker or retained worker and continue to claim benefits, unless they can demonstrate they have actively sought work throughout that period and have a genuine chance of finding work….

…We will strengthen the test people have to pass to see if they are eligible to claim income related benefits – the Habitual Residence Test. There will be an increase in the number and stronger range and depth of questions asked…

…The Government will introduce an expectation on councils to introduce a local residency test in determining who should qualify for social housing. This would mean someone would have to live in an area for say 2 or 5 years before they could even go on the waiting list. This will stop someone from turning up and immediately gaining access to social housing. To ensure UK nationals are protected when they are moving for genuine reasons – for example for work or because of family breakdown – local authorities will have the ability to set exceptions (e.g. in relation to work mobility, armed services personnel, for people escaping domestic violence etc)…

…Government wants to stop the expectation that our health service is free to the entire world and we will take new steps to ensure the NHS can claim back money that is owed for NHS treatment provided to those not entitled to it.

So this is addressing the so-called “pull factors”. Now these are all things that the Government thinks it can do within the existing limits of EU free movement law – but the European Commission has already launched legal proceedings against the UK for its ‘right to reside’ test and you can count on the Commission to scrutinise any new proposals closely. The fact that so much of this is already considered possible begs the question of why the UK hasn’t done it earlier.

Cameron also explicitly mentioned two areas where the UK will seek to renegotiate the rules at the EU-level:

We are also going to take forward negotiations with European partners to explore whether we can make economically inactive migrants the responsibility of their home country before they gain any eligibility for UK benefits.

And also whether we can work with like-minded European partners to limit the amount we pay in child benefit towards the upkeep of children living abroad.

The UK is likely to find allies on these two issues among the Northern countries, such as Germany and the Netherlands, but whether there will be a majority in the EU to make these changes is unclear at this stage.