Could Cyprus leave the Eurozone but stay in the EU? 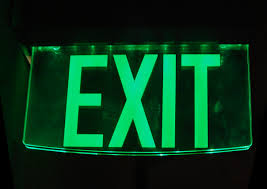 Now, we’re not necessarily saying that Cyprus should leave the eurozone.

But with eurozone finance ministers set for a pretty long and rough night of talks, trying to reach a compromise that will allow Cyprus to live another day inside the eurozone, the question is, if it came to it (i.e. if a deal can’t be agreed and ECB turns off the taps), could the country leave the euro but stay in the EU? As we note here and here, due to Cyprus’ geopolitical importance, if it did ditch the Single Currency it would be vital that it stayed in the EU.

Leaving aside the question of how Cyprus would be ring-fenced and given a reasonable chance of bouncing back with its own currency (a big one to leave aside admittedly), what would the legal and political mechanics look like?

There is currently no mechanism for a country to leave the eurozone. However, there is a provision (article 50 TEU) that allows for a negotiated exit from the EU. This has lead some analysts to conclude that a country has to leave the EU if it left the euro. We disagree.

As so often in the EU, this will come down to political negotiations. The below analysis is based on our paper from last year on a possible Greek euro exit (which, incidentally, we said was unlikely to happen in the short-term). The line of reasoning very much applies to Cyprus.

Given the absence of a specific euro exit article, there are two ways in which a country can leave the Single Currency.

Historically, political expediency has trumped EU law. Although it would not be clear cut or easy – and involve a legal stretch – we believe that in order to take a swift decision and avoid a Treaty change EU leaders could (and most likely would) use existing provisions in the EU treaties to allow for a Cyprus euro exit. In particular Article 352 TFEU – sometimes referred to as “the flexibility clause” – allows member states to take measures to achieve EU “objectives” (subject to unanimity and consent of the European Parliament but not ratifications in parliaments), when those are not already provided for in the EU Treaties. Article 352 states,

“If action by the Union should prove necessary, within the framework of the policies defined in the Treaties, to attain one of the objectives set out in the Treaties, and the Treaties have not provided the necessary powers, the Council, acting unanimously on a proposal from the Commission and after obtaining the consent of the European Parliament, shall adopt the appropriate measures.”

This article could be used to provide a legal temporary avenue for Cyprus to leave the euro within the framework of the EU treaties. This would be far from an easy process; there would likely be numerous legal challenges against the move, while the negotiations would be hazardous and subject to domestic political constraints.

Precisely for this reason, a full treaty change would almost certainly be necessary very soon after the actual Cyprus exit (and use of article 352), which would change Cyprus status under the EU treaties from a euro member to a non-euro one and recognise, at least in retrospect, that there is a way for a country to leave the euro (under an expanded article 50 for example). Such a Treaty change would, at least in theory, go some way to counter some of the political uncertainty and legal ambiguity around the status of Cyprus’s EU membership and therefore reduce the risk of legal challenges. However, a full treaty change would come with its own set of political and legal complications. As with Article 352, a treaty change could only happen if all member states agreed. In addition, the changes would most likely have to be ratified in national parliaments.

So far from straightforward, but still plausible.