Osborne says UK is £3.5bn better off after Cameron’s EU budget deal. Is he right? 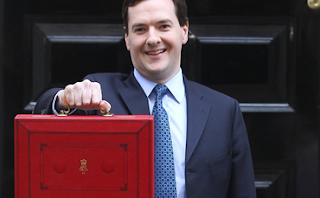 Coverage of the budget today will understandably focus predominantly on the wider debate about sticking to ‘Plan A’, and of course the inadvertent ‘leaking’ of the budget on the front page of the Evening Standard.

However, being the EU obsessives that we are, it is always interesting to look at the latest estimates for the UK’s contributions to the EU budget, particulalry in the wake of last month’s deal on the long-term budget.

During his statement in the Commons, George Osborne said that as a result of the deal struck by David Cameron in February, the UK would be better off to the tune of £3.5bn by 2017-18. This is repeated in the main budget document (page 23).

First, it’s definitely the case that the UK government has secured a decent deal compared to previous long-term EU budget periods (at least in terms of absolute cash, not so much on content), for which it should be given credit. The EU budget is always complicated because the UK contribution is presented in several different ways. But the underlying data from the OBR (pages 138-9) does indeed show that due to the reduction in the long-term budget agreed last month, the UK is due to save £3.5bn by 2017-18 compared to the estimates made in the OBR’s December forecast – this is the row labelled “New Multi-annual Fiscal Framework deal” in the table below.

However, the OBR figures also show that the UK will lose out due to two other factors: the change in the projected exchange rate, which will see the UK contribute roughly £1.2bn more up to 2017/18, and assumed increases of £0.7bn to the UK’s contributions to the 2012 and 2013 annual budgets. It isn’t clear what the row “other” refers to, but apparently it will reduce the UK contribution by £0.4bn up to 2017/18.

We would also speculate that the OBR may have to revise its figure for the 2013 annual budget upwards again because the European Parliament has made its agreement to the long-term budget deal conditional on any funding shortfalls for 2012 and 2013 being financed with new funds rather than from future budgets – there are rumours the Commission is set to table another so-called “amending budget” to top up the 2012 budget, which would mean greater UK contributions.

But notwithstanding all of these intricacies, the OBR’s figures illustrate that Cameron’s deal on the budget will serve to limit the UK’s gross contributions to the EU. But, as we’ve said before, this may not be the case for the UK’s net contributions for several reasons, including changes to the UK rebate.

NB. It is important to note that the UK’s actual contributions to the EU are higher than the figures presented above. This OBR table only deals with the UK’s so-called gross GNI contribution, which is the largest share, but doesn’t include the extra cash from VAT and customs duties that the UK also hands to the EU. It also doesn’t reflect changes to payments the UK receives from the EU budget.