Beppe Grillo, the Five-Star Movement and the euro enigma: Episode 2,478 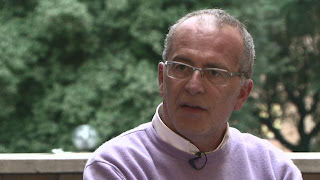 We have noted on this blog before that it would be a bit of a stretch to describe Beppe Grillo’s Five-Star Movement as an anti-euro party – mainly because it has yet to adopt an official position on the issue. At the moment, not even the referendum on Italy’s membership of the single currency appears in the Five-Star Movement manifesto.

According to an ISPO poll published by Il Corriere della Sera on Sunday, if this referendum were to take place in Italy, 73% of Five-Star Movement voters would opt to stay in the euro – and only 17% would vote for a return to the Lira. An overwhelming majority.

The [Five-Star] Movement is still split over the euro. There is a good part of supporters who are in favour of an exit from the single currency. Personally, I’m against [euro exit] because I think the cost to the Italian middle class would be prohibitive.

So to what extent the Five-Star Movement’s electorate can be described as anti-euro remains unclear. But the poll and the interview both leave another key question unanswered. What do the Five-Star Movement’s 163 MPs and Senators-elect actually think about the euro? This is quite hard to figure out at the moment, given that they are not allowed to speak to the press. But they may have to take a clearer stance sooner rather than later, not least because official talks on the formation of the next Italian government are due to kick off next week.