Let’s tone it down a notch: Comparing the UK and German debates on EU migration 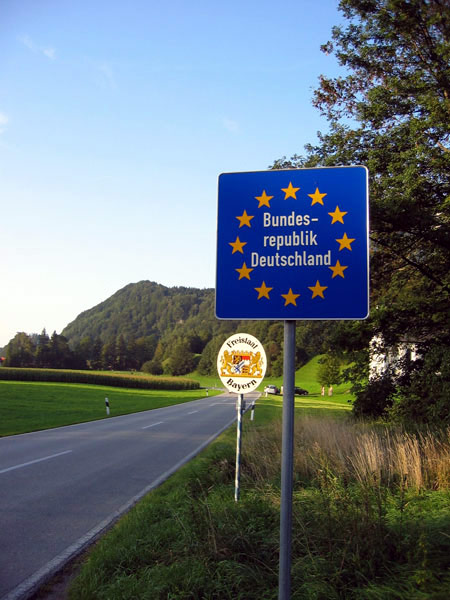 No one picking up a UK paper will have failed to notice that there is some concern over EU migration on the British isles, with the debate being triggered by the end of so-called “transitional controls” for Romanian and Bulgarian workers (the countries joined in 2007).

As we’ve argued repeatedly, EU free movement has on the whole been beneficial for both Europe and the UK, but the issue must be handled with much care, given its exceptionally sensitive nature and the practical impact it can have on public services and certain sectors of the labour market.

But there’s also a false perception in the UK that all of Europe wants to come to Britain to enjoy its superior welfare system. This is far from the truth and secondly, the UK isn’t the only country that has concerns over EU migration. It is, however, the country in which the debate is the most hysterical. Philip Collins looks at this in today’s Times.

Speaking in Parliament earlier this week, Work and Pensions Secretary Ian Duncan Smith said there was a “crisis” over rules on EU migrants’ access to services and welfare, particularly in light of the expiry of transitional controls on migrants from Bulgaria and Romania at the end of the year. The issue definitely needs to be looked at, and there are several things the UK needs to do (see here). The Commission also needs get its act together and drop its own-goal challenge against the UK’s “right to reside” test – the test is a political hugely important filter to guard against welfare abuse. But crisis?

Duncan Smith did, however, rightly point out that other EU member states shared some of the UK’s concerns, specifically that “Germany has woken up at last to the reality that it might face a large net migration”.

So what is the nature of the corresponding debate in Germany? Well, there’s a genuine concern. A recent position paper by the German Association of Cities generated a lot of coverage as it focused specifically on so-called ‘poverty migration’ from Bulgaria and Romania, particularly those from a Roma background. The report warned that these migrants arrived in cities already affected by relatively high unemployment and with severely stretched public finances, and that despite the transitional controls in place, migration from Bulgaria and Romania had increased six-fold since 2006.

“Abuse of free movement could be explosive for European solidarity. If people in Germany feel that their solidarity and openness is being abused and our welfare system is looted then there will be legitimate anger. The message for the EU Commission is clear: Brussels has to take stronger account of situation of the local population in its decision making process.”

Justice Minister Sabine Leutheusser-Schnarrenberger (FDP) has also stressed that “Many Roma flee their homes because of discrimination and resulting poverty… Poverty-related migration must be addressed at its roots.” Germany has also said it might veto Bulgaria and Romania’s entry to the border-free Schengen zone, which the UK is not part of.

Clearly, Germany could be an ally for the UK in terms of instituting clearer and more transparent rules on EU wide migration and access to welfare which are necessary to restore public confidence in free movement, as we’ve argued in our report on the subject.

However, on the whole, the debate in Germany has been far more measured than in the UK, with substantially fewer scare-stories on the subject from the press and politicians. For example, the often sensationalist Bild ran a feature on Roma migration earlier this week which was relatively balanced, stating that “there has been no mass immigration” and that migrants tend to seek employment, not benefits.

And that’s what UK politicians and media need to remember: the overwhelming evidence suggests EU migrants come to Britain to work, not take advantage of the system.