Could the UK be asked to contribute to a Cypriot bailout? 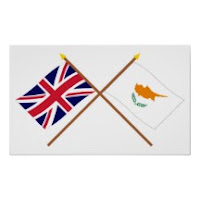 As we have noted before, the potential impact of the Cypriot bailout has the capacity to extend well beyond what would be expected of a country accounting for only 0.2% of eurozone GDP.  This impact is now also lapping at the UK shores.

As we flagged up in our press summary today, new Cypriot Finance Minister Michalis Sarris said over the weekend:

“There are indications that London would participate in a package…for a country that has special links with the U.K., if it were necessary, some way could be found to help in a transitional manner.”

This comes a bit out of the blue since there has generally been an unspoken agreement – as well as some formal guarantees – that the UK would not participate in any further eurozone bailouts.  That said, the inclination here seems to be that given the historic ties between the UK and Cyprus, the UK may be more willing to contribute – similar to the Irish bailout.
Apart the IMF – which could play a role and to which the UK contributes – there’s another plausible avenue: the European Financial Stabilisation Mechanism (EFSM), which the UK partly underwrites via the EU budget. This fund has around €11.5bn left to lend if needed, while there is always the Balance of Payments facility (which we discussed in our paper on Grexit last summer). The EFSM is also decided by QMV although consensus is usually sought since it is politically controversial to activate. In any case, theoretically the UK could still be dragged in.
That said, it seems pretty unlikely and it would be seen as a pretty hostile move – we also imagine other non-euro countries such as Sweden, Denmark and Poland would not be keen to fund a country to which they have few links. Unsurprisingly, the WSJ cites UK diplomats dismissing the prospect out of hand.
But Sarris’ comments are a reminder that the eurozone crisis continues to impact the UK in a number of ways.