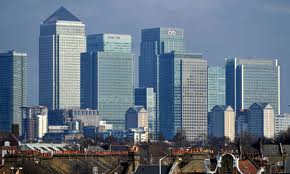 As we noted in today’s press summary, a tentative EU deal was struck last night on bank bonus curbs, as part of the broader agreement on CRD IV (which implements Basel III). We’ve discussed this in detail before, so we refer you to that post for the background.

The deal looks much as expected, although a couple of changes have been added:

Surprisingly, the deal still includes plans to force subsidiaries of foreign banks in the EU to adhere to the bonus rules and, more importantly, forcing all subsidiaries of EU banks in the rest of the world to do so. This could hamper competitiveness and, we suspect, may still be subject to changes. This is also an area where the UK might have expected to receive a concession.

What happens now then? EU finance ministers meet next week and will discuss the proposals. Significant changes seem unlikely, which could mark a loss for the UK, which has vehemently opposed the rules from the start.
The real question for the UK is whether it should try to force a formal vote on the issue at the meeting of finance ministers. This would raise the prospect of voting down the UK on a financial services issue – that this has never happened before is often cited by the EU as a counterargument against UK concerns over EU financial regulation. If the UK is outvoted it would mark a potentially significant precedent for the UK’s future relations with the EU.
It should be remembered though that this is only a small part of the large CRD IV package, which has been continuously delayed due to MEPs’ demands for bank bonuses to be included. The UK has managed to secure favourable treatment on the key aspect of the legislation – the ability to adjust national capital requirements for banks.
As we have suggested before, the debate on bank bonuses seems slightly tangential in terms of the wider debate over bank capital and broader financial stability (indeed there are valid question about why it has been lumped in with CRD IV at all). For all the talk of needing bank bonuses to limit risk taking and moral hazard in banks, the EU has supported and approved €1.6 trillion in state aid to banks over the course of the financial crisis. Many countries have pushed for limits to capital requirements and supported the easing of the Basel III liquidity controls. The EU, and the eurozone in particular, has also consistently argued for and supported bank bailouts and refused to countenance imposing losses on bank creditors, instead shifting the burden to taxpayers.
Trying to limit moral hazard by tackling excessive bank bonuses is all well and good, but it is a drop in the ocean when it remains clear that states and central banks will continue to bailout banks at any cost.