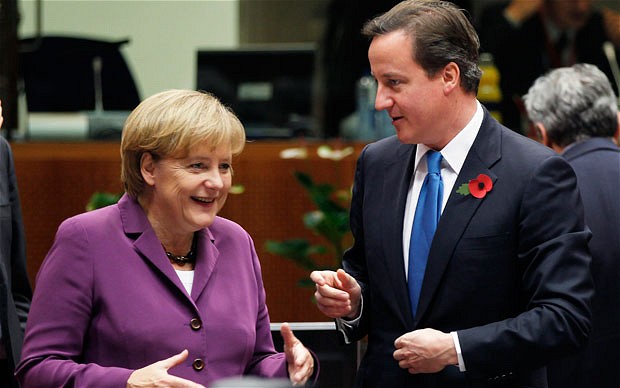 The political repercussions of the recent EU budget agreement – when London and Berlin stood on the same side and Paris took itself out of the game – are still reverberating.

Yesterday, Former French Environment Minister Jean-Louis Borloo told French radio RTL that the prospect of the Franco-German axis in Europe being replaced by an Anglo-German axis

“is extremely worrying. This means that we’re probably turning our back on the great European ambitions…This is an extremely important political and diplomatic shift.”

Which is of course code for: ‘France fears that the EU is becoming less French’.

Meanwhile, in a debate in the German Bundestag this morning, the SPD’s Chancellor Candidate Peer Steinbrück criticised Angela Merkel for engaging in an “unholy alliance” with David Cameron over the EU budget. He said,

“if you want more Europe in the future [Germany] needs partners who see its future in Europe.”

“I am glad that our Chancellor Angela Merkel negotiated [in Brussels] and not Peer Steinbrück who sometimes is described as a diplomatic neutron bomb.”

We shouldn’t read too much into this stuff but, clearly, the changing Berlin-Paris-London dynamic is certainly stirring up emotions…