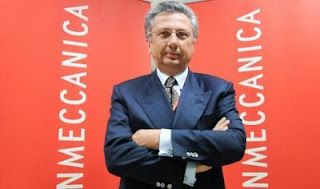 Election season means scandal season in Italian politics. Less than two weeks to go to the elections, and a number of scandals are surfacing on the Italian peninsula (not entirely coincidental we think) which could undercut support for the ‘establishment’ parties in particular – and possible give comedian-cum-politican Beppe Grillo a boost.

Support for the centre-left Democratic Party has been dropping over recent weeks in part due to the big derivatives scandal involving Italian bank Monte dei Paschi di Siena – an institution with historical links with the local government in Siena, in the hands of the centre-left for years.

Two more scandals erupted over the past two days. Raffaele Fitto, a former Italian minister and a top member of Silvio Berlusconi’s PdL party, has been sentenced to four years in prison for corruption, illegal financing of political parties and abuse of authority. This is a big blow for Berlusconi and his party, given that Fitto topped the list of PdL candidates in Italy’s Southern Apulia region – of which he had previously been the Governor.

Separately, the CEO of Italy’s defence giant Finmeccanica, Giuseppe Orsi (see picture), was arrested yesterday over bribery allegations relating to the sale of twelve military helicopters to India. The allegations cover the period from the awarding of the contract in 2010 – when Orsi was the CEO of Agusta Westland, owned by Finmeccanica – until December 2012. The Italian government holds about 30% of Finmeccanica’s shares, and the question is whether someone within Mario Monti’s cabinet knew what was going on, but failed to take appropriate action.

Orsi is also close to Lega Nord – Silvio Berlusconi’s main ally. Last October, Italian daily Il Fatto Quotidiano published the transcript of a phone call between Orsi and Lega Nord leader Roberto Maroni, during which Orsi thanked Maroni for backing his appointment as CEO of Finmeccanica. Maroni has moved swiftly to deny any involvement in the story – and has threatened to sue anyone who claims otherwise. But this might still hurt Lega Nord in terms of votes.

It remains unclear if, and to what extent, these scandals will impact on the final election results. But one thing is clear: the Italian election campaign is heating up. Follow us on Twitter (here and here) for all the news and updates from Italy!