France’s National Statistics Institute (INSEE) and Eurostat have both confirmed that the French economy shrunk by 0.3% in the last quarter of 2012 – and according to INSEE the economy registered zero growth throughout 2012. President François Hollande is expected to soon revise down his painfully optimistic growth forecast of 0.8% for 2013. In the meantime, if anyone had any doubt as to what these figures mean for France, a comment piece on the front page of today’s Le Figaro does the trick: 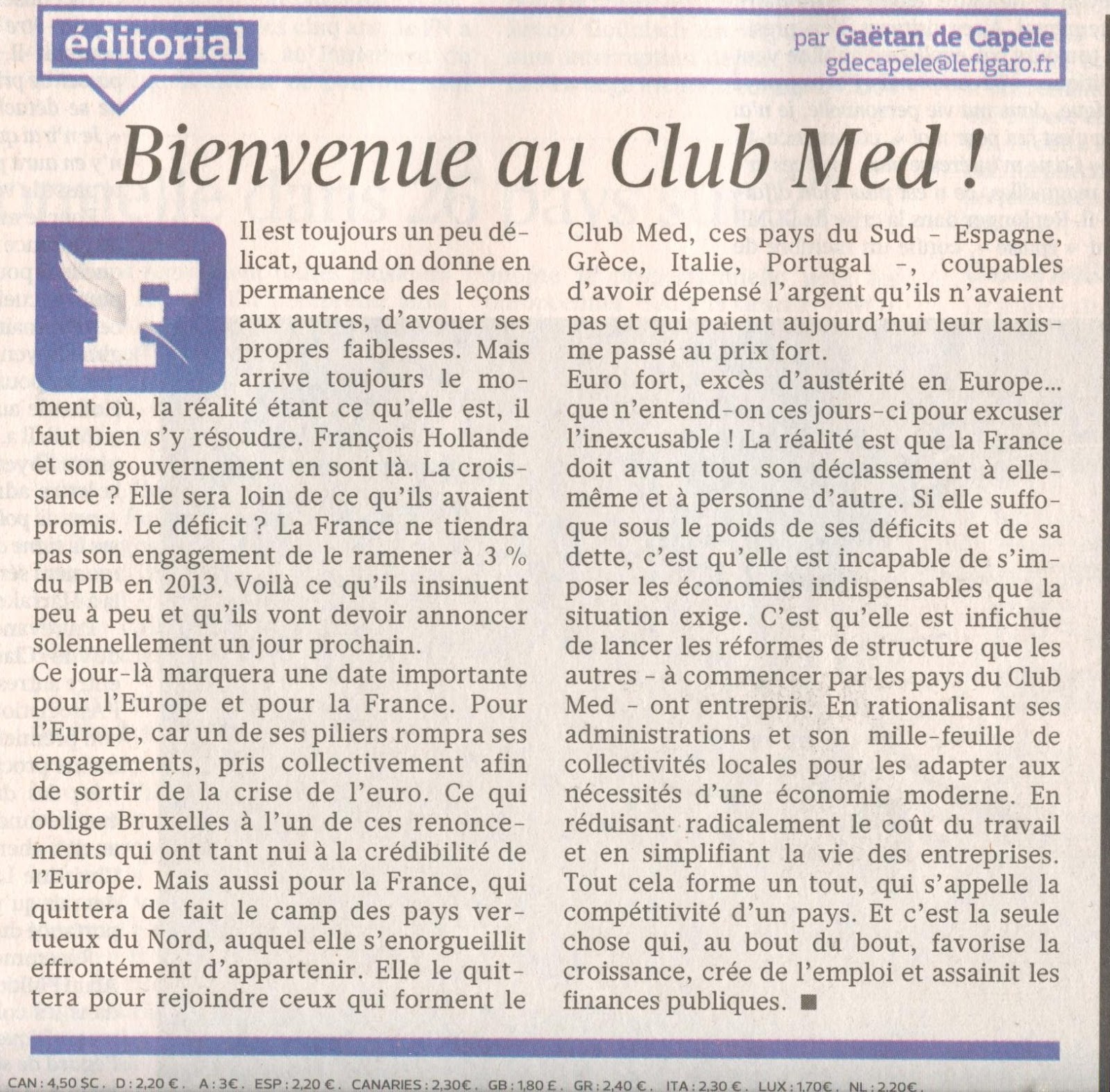 Hollande can always seek consolation in the fact that the figures for the rest of the Eurozone were pretty grim as well….