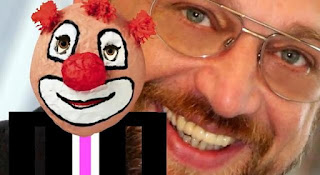 MEPs – or at least some of them – aren’t exactly doing themselves any favours at the moment.

European Parliament President Martin Schulz has been waxing lyrical about how devastating a cut in the EU budget would be.

“We want a modern EU budget…As far as we can tell, however, the proposal on the table today would be something very different, namely the most backward-looking financial framework in the history of the EU.”
“I won’t sign a deficit budget…Europe, like the U.S. a few weeks ago, is heading for a fiscal cliff.”

Wait. What? Did he just compare a real terms cut in the EU budget to the US Fiscal cliff?
Frankly, this a ridiculous comparison. As Schulz-types themselves are keen to point out, the EU budget amounts to around 1% of EU GNI while the US Federal Budget amounts to around 15% – 20% of US GDP (and has historically been even higher than that).
The fiscal cliff would have amounted to tax rises and spending cuts worth almost $600bn. The current proposal sees EU budget commitments falling by €34bn in real terms (increasing in nominal terms). This is 0.3% of EU 2011 GNI. The US fiscal cliff could potentially have caused US GDP to fall by 4% – 5% in a short space of time; the cut in the EU budget will barely register, especially in comparison to the other problems in the European economy.
The EU budget has important implications for the politics of the EU and can provide some useful funding in certain areas (which it often fails to do by spending so much on the CAP) but will this type of stuff make taxpayers around Europe take Schulz more seriously?