Another positive step for Ireland? 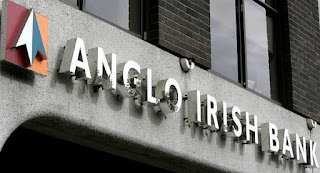 Well we finally have a deal on one of the longest running sagas in the eurozone crisis – the Irish promissory notes deal.

See here for some good background on the whole issue.

·         Last night the Irish Bank Resolution Corporation (IBRC, formerly Anglo Irish bank) was liquidated. The loans it had taken from the ECB through the Emergency Liquidity Assistance (ELA) were therefore terminated and the Irish Central Bank (ICB) took control of the €25bn in promissory notes and the €3.4bn for the most recent interest/principal payment.
·         The Irish government has agreed to swap these notes for 40 year Irish government bonds.
·         The principal repayments will take place between 2038 and 2053. The average interest rate will be 3% compared to 8% on the promissory note.
·         The Irish National Treasury Management Agency (NTMA, which owns NAMA and formerly IBRC) will see its borrowing requirement over the next decade fall by €20bn. The Irish government deficit will be reduced by approximately €1bn a year.
Essentially then, the IBRC was wound down, allowing/forcing the ICB to take control of the promissory notes which were used as collateral for the ELA which it had been providing, in turn allowing the IBRC to continue servicing its bondholders, depositors and any other obligations. It was then agreed to swap these notes for the longer dated lower interest ones.
It seems to be a fairly reasonable idea and a good work-around of a tricky situation. It certainly provides a reduction in the burden with a much lower interest payment and no principal payment for some time.
The main ECB concerns were: monetary financing if the collateral was allowed to be swapped for lower value (longer dated collateral), the further write-down of bondholders and setting a bad precedent for other eurozone members. Most of these have been addressed, although there are a few issues outstanding:

The first issue was mainly a concern while IRBC existed. That said, if the ICB took control of the bonds when the ELA was terminated as the IBRC was liquidated, why were they suddenly willing to exchange them for the new bonds? Surely, these longer dated lower interest bonds have a lower net present value than the previous promissory notes? This may be because the ICB and the Eurosystem tend to hold such assets at nominal value, but it’s hard to argue that the ICB hasn’t taken a loss in some terms.
The second seems to have been dodged as the remaining liabilities will be covered by the Deposit Guarantee Scheme and Eligible Liabilities Guarantee Scheme (see FT Alphaville here for more details) and transferred to NAMA. That said, the role of NAMA now that the ELA has been terminated isn’t clear. Will it still finance these liabilities, if so, how? Surely, it would need to use the new bonds to borrow from the ECB to finance the remaining IBRC liabilities. This isn’t an issue as such, but needs clarification since it impacts: who is holding the new bonds, what interest is being paid and who it is paid to.
On the third issue, the ECB seems to accepted that this is a fairly special case and that setting a precedent is not much of a concern – or is at least less of a concern than the consequences of not giving Ireland a deal on the promissory notes.

A few remaining issues then, but nothing major and no deal breakers – although the monetary financing issue could potentially flare up in our view.
Ultimately, some deal was needed on this front both to reduce the impact of financing the Irish bank bailout on the Irish budget and to maintain political support for the extensive reform programme being undertaken in Ireland. Another positive step in the recovery of the Irish economy it seems. That said, the deal does not succeed in significantly reducing the overall cost of the Anglo Irish Bank bailout and the cost of the bank bailout will continue to weigh on Irish debt – i.e. plenty of challenges remain.
Author : Open Europe blog team
Print