Spain’s slush fund scandal: This is not going away soon 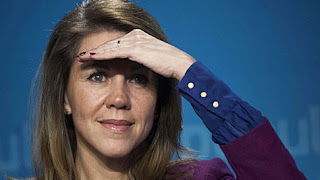 New interesting details have emerged on the slush fund allegations involving Spanish Prime Minister Mariano Rajoy and his Partido Popular (PP). The party has said that it will take El País to court, because the ‘secret’ accounting books allegedly held by PP’s former treasurer Luis Bárcenas are fake. However, the paper today reports that a couple of senior members of Rajoy’s party have admitted that they did receive the payments registered in the books under their names.

A spokesperson for Pío García Escudero, the speaker of the Spanish Senate, said that Escudero actually asked the party for a 5 million pesetas (some €30,000) loan in 2000. He needed the money to repair his house in Madrid, which had been destroyed by an attack from Basque terrorist group ETA. Escudero says he paid the loan back in instalments of 1 million pesetas each, and stresses that he never dealt with Bárcenas personally.

Interestingly, during her press conference yesterday, the Secretary General of PP María Dolores de Cospedal (pictured) was asked about Escudero’s admission. She said that specific payment “may be true”, but this does not automatically validate the documents, because “some people ask for money in advance, this happens in all companies. It’s no extra pay.” Not an entirely convincing answer.

One last aspect is worth flagging up. El País stresses that, according to the Spanish law on the financing of political parties in force from 1987 to 2007, donations larger than 10 million pesetas (around €60,000) were forbidden. Therefore, 70% of the donations disclosed by the paper would have been illegal at the time when they were made – potentially quite a strong incentive to try and hide them in ‘parallel’ accounting books.

Rajoy has convened a meeting of top members of his party, scheduled for tomorrow – but has yet to announce when (and if) he will speak to the press on this issue. Meanwhile, hundreds of Spaniards protested outside his party’s headquarters in Madrid yesterday and called for him and his cabinet to resign immediately. This story is getting increasingly interesting, and is not going away anytime soon.