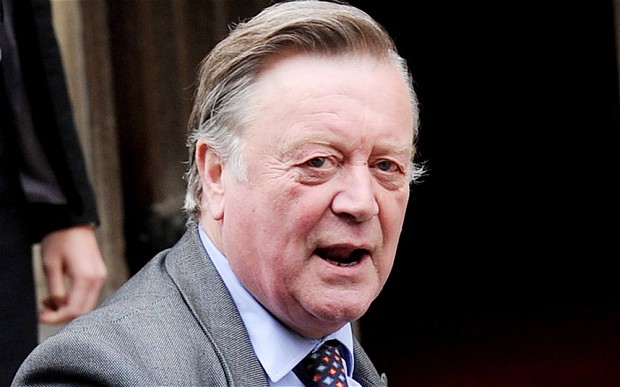 Ken Clarke, as he is prone to doing, has let slip a morsel of information regarding the Government’s thinking on how to approach the 2014 EU crime and policing block opt-out, which, according to Theresa May last year, the Government is ‘minded’ to exercise.

Speaking to BBC Radio 4’s Today Programme, Clarke said that ministers will “opt back into” around 30 “essential” EU measures that will impact the UK’s justice system following a block opt out. We should note that Clarke was later slapped down by a senior Liberal Democrat source, who accused him of “getting ahead of himself.” There are ongoing negotiations between the Government and the European Commission about potential opt-ins or other arrangements.

However, Clarke’s assessment is broadly how the Government is likely to approach the issue – exercise the opt-out, which covers at least 130 EU crime and policing laws, and then seek to opt back in to a (yet to be determined/negotiated) number deemed vital to national security and the fight against cross-border crime. Or, as Clarke put it:

“We’ve actually just exercised a right that Tony Blair got after Lisbon to opt out of a whole lot of justice and criminal regulations – we’re going to opt back in to about 30 of them which are essential but…well over 100 can be dropped.”

This is going to continue to be a political hot potato for the Government, given that the major concern with opting back in to these measures is not necessarily the law itself (although in the case of an unreformed European Arrest Warrant it is) but the prospect of the ECJ gaining full jurisdiction over them – something that will continue to be deeply unpopular among Tory MPs and could make for an interesting vote(s) in Parliament.

As the Government has told an ongoing House of Lords inquiry:

“The practical effect of the ECJ gaining full jurisdiction in this area after the transitional period is that the ECJ may interpret these measures expansively and beyond the scope originally intended. This concern is compounded by the fact that the ECJ has previously ruled in the area of Justice and Home Affairs in unexpected and unhelpful ways from a UK perspective.”

The Telegraph write-up of the story notes another two potential flash points on this issue. The Commission is due to present proposals to amend Europol and Eurojust in the coming months – and the Government could be forced to either opt in, or out of these measures altogether. The Government is likely to want to opt in but, again, this is likely to be controversial, because it means removing them from the scope of the block opt-out and accepting ECJ jurisdiction.

In the wider context of David Cameron’s recent speech, police and criminal justice is an obvious candidate for a re-balancing of the UK’s relationship with the EU i.e. a deal that would return the UK to an arrangement based on intergovernmental practical cooperation with EU member states rather than an EU-wide system with the Commission and the ECJ as arbiters.

Reassuring his MPs that this is the eventual aim could make life less awkward (if not easier) for the Conservative part of the Coalition.