Mali and France: about that ‘pact of European solidarity’…

“Being a member of the European Union has a number of obligations… The Europe that we believe in is a pact of solidarity and that solidarity applies to all member states”.

Yeah, about that “pact of solidarity”: 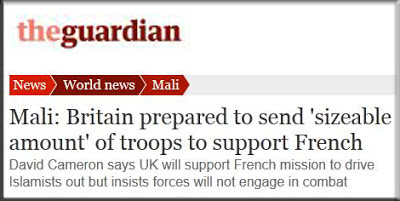 Ministers from the 27 EU member states, plus Norway and Canada, are currently discussing the operation in Mali, with the Canadians seemingly more committed to ‘European solidarity’ than the Europeans given that they already have special forces on the ground. The Germans are providing cash, two transport planes and possibly some training personnel while Poland is likewise considering participating in the training operations, with a decision due by the end of the day.

Other European powerhouses are still to make their minds up. In other words, we’ll see what the great pact of solidarity can deliver for the French in the end…