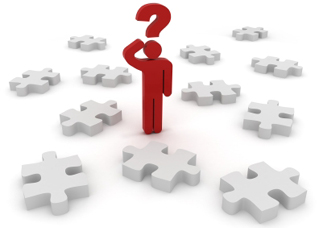 Ahead of this week’s EU speech by David Cameron, journalists are searching high and low for businessmen and women to go on record on the vexed question of Britain’s European future. Alas, there’s no simple answer that makes for good radio or TV. Though broadly reflecting sceptic sentiments amongst the public, the business community is split and largely undecided, and as always it depends on the sector, size and position of a given firm. One thing is clear though: there’s absolutely no way the UK debate on Europe – among business or other groups for that matter – can be defined using the binary Eurosceptics-v-Europhiles logic that some in the media still cling on to. It’s far more fluid than any fixed pro or anti campaign.

A poll published yesterday by the British Chambers of Commerce is a case in point. Of BCC members, only 9pc of firms want closer EU integration, 12pc want to leave the EU altogether, 26pc want the status quo, 6pc are unsure. But here’s the interesting part: a full 47pc want “a looser relationship…but with the UK remaining a member of the EU”.

Over the last few days, several business leaders have warned against the consequences of the UK leaving the EU, but very few have addressed the sharp end of the actual policy debate. A letter from Roland Rudd of Business for New Europe, for example, called on the UK to “lead” in Europe (surprise, surprise). But though these types of interventions are often written up as “Europhiles” challenging “Eurosceptics”, what they in fact show is how far the centre of gravity has moved (there’s no talk of more EU integration, as in the past, and certainly no talk of joining the euro, which Rudd used to passionately argue for). Also, they tell us very little. Most business people would have no problem agreeing with the “completion” of the single market, more trade deals, securing market access etc. Or, as the Rudd letter put it, “a strong reformed EU with Britain at the heart of it”. But what does this mean exactly? You’d be hard pressed to find a business person calling for “an unreformed EU with Britain at the margins”.

Remember, in policy terms, the UK quitting the EU isn’t actually on the table, as David Cameron has said several times and repeated on the Today programme this morning. Apart from Ukip (with no MPs), no party with national significance argues for it, so a “better off in” business letter misses the point (at least for now). Instead, the key question is: which is a greater threat to the trade benefits currently enjoyed by business in Europe? A new EU-UK deal or the status quo?

But there’s another way to look at it: given that around half of the British people favour the UK leaving the EU absent a new deal in Europe, it is, in fact, the “do nothing” option – not renegotiation – that is the biggest threat to the UK’s EU membership. Continue with EU membership despite the will of the British people and there may soon come a day when the electorate throw out the baby – the market access, free movement, mutual recognition, behind-the-border liberalisation etc – with the bathwater (the high non-trade costs around EU membership).

There are two other factors that should make business nervous of the “do nothing” option: First, further eurozone integration – not least via banking union – means that the status quo isn’t an option in Europe anyway. The prospect of a new “club within a club” has clear implications for business. The UK has to negotiate to secure existing rights, at least. Secondly, and most fundamentally, the EU simply needs reform to bring it up to speed with the global business environment: returning labour market laws closer to the shop floor, less EU micromanaging in environmental laws, ending the recycling of regeneration cash in Europe – riddled with opportunity costs for business – ending growth-destroying farm subsidies, and securing safeguards against investment-diverting measures in financial services, would, for example, all genuinely help business in Britain and beyond. That will require a new deal in Europe – not tinkering at the margins. It will also require a debate focussed on policy, not clichés.

This is a very complicated debate, as the interaction between UK domestic politics and eurozone politics continues to produce an exceptionally fluid and emotional debate. To expect business people – who after all have a business to run – to have a firm view of a proposition that has not yet been made, is pretty unrealistic. But please, don’t make the mistake of thinking that this is a debate between two distinct camps. And that largely goes for the debate as a whole.