Cameron’s EU speech: The only way is up? 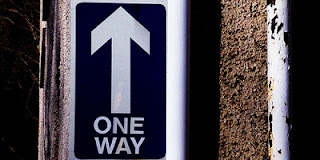 When it comes to Europe, the UK government can make your head spin. Cameron’s EU speech is now officially scheduled for Friday 18th Jan, after several twists and turns.

The speech was originally scheduled to take place at the end of last year but with the controversial EU budget negotiations taking centre stage and the anniversary of Cameron’s veto setting an adversarial tone it was pushed into the start of this year (the official line was that Cameron was looking to consult more closely with his EU partners).

After the turn of the year, the guessing game over the timing and location resumed, with the government keen to invoke the spirit of Thatcher’s 1988 speech in Bruges. Eventually, it was settled. 22nd January in the Netherlands.

Unfortunately, that date turned out to be a bit of a disaster: the 22 January 2013 is the 50th anniversary of the signing of the Elysee Treaty. Unsurprisingly, the French and German governments were none too happy with the timing, given that it clashes with a major landmark in Franco-German conciliation (so much for further consultation with European partners – or rather 2 minutes worth of Google-research).

This is hardly impressive handling of a delicate topic (we can’t help but think back to our ten lessons which we outlined following the UK veto in December 2011, with two of the top three being – get in early and communicate effectively.)

The good thing is that, following all the interventions from near and afar – and all the hyperventilating from all sides – there’s no way Cameron can now try to manage the reactions to his speech; he lost control of that long ago. So he might as well forget the choreography, and instead set out what he actually believes in, keeping in mind that it needs to work for both the UK and Europe if it is to work, and articulate his genuine vision for the future of Europe.

Hopefully, it can only go up from here.