Scotland and the EU: The borderline issue

Not that we ever intended to wade into this debate, but how various separatist/independence discussions interact with the EU treaties has always fascinated us.

Which is why in January lastyear we wrote a piece entitled “Would EU law introduce border controls with Scotland?”, in which we pointed out that an independent Scotland would have to apply for EU membership and that if it did so it would not have the benefit of the UK’s opt-outs from the Euro or Schengen, the implication of the latter being possible border controls. 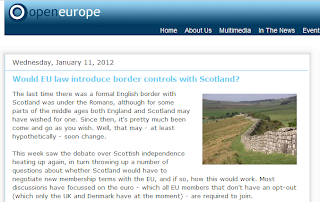 The implications of this seem to have been picked up by the bright sparks in the FCO who briefed the newspapers accordingly:
“The potential side-effects of Scotland breaking away are outlined in a Foreign Office memo leaked to The Mail on Sunday”
Daily Mail 6 February 2012: 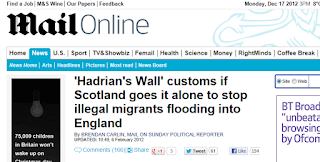 The problems Scotland would have staying within the EU did not go unnoticed in Spain where Catalonian independence was begining to bubble. We wrote about it in Spain here and here.

By now the cat was fully out of the bag – a Sunday Times article came to an obvious conclusion: 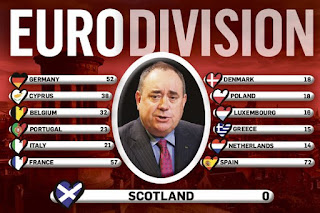 The rest as they say is Scottish history… 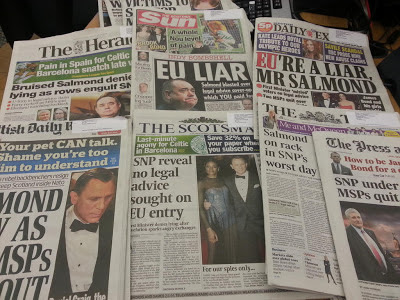 With a final confirmation coming from the Commission on 6 December 2012:﻿ 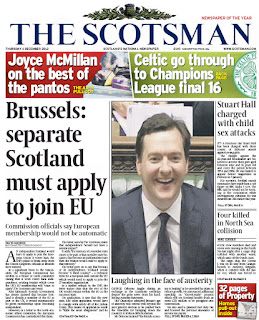