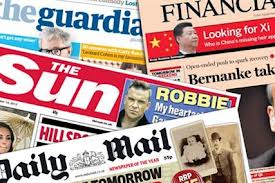 The Union of European Federalists – an umbrella group of federalist organisations and lobby groups – got a pretty good hit in the UK media on New Year’s eve when the Times (and later other papers) picked up on a forthcoming paper by the group, which is expected to argue that the UK be granted “associate status” in the EU, a few days after Jacques Delors made similar comments.

So EU federalists can make headlines in the eurosceptic UK press after all, although we would hasten to add that an intervention by a few MEPs and retired politicians can’t qualify as a “Brussels plot” – you at least need to have some scheming Commission bureaucrats on-board for that. Apparently, the paper, which will come in the form of a draft “EU Treaty”, will be based on a report by Andrew Duff, the Lib Dem MEP.

According to Duff, the UK would be given “membership based on trade and the single market”, with a UK judge at the ECJ but no Commissioner and no MEPs. The objective is clear: Given that the UK is a perceived as a  “continual impediment” to greater EU integration, associate membership of the EU would be devised “to prevent a British veto of the constitutional evolution needed and desired by its partners”. Curiously, and perhaps testament to the world view of the author, there’s no mention of what would happen to the UK’s voting weight/rights in the Council of Ministers, the forum where national governments are represented. They might want to work that one out before publishing their draft EU treaty.

Either way the idea is for the UK to effectively be given access to the single market but with little say – like Norway but with some twists and without the EEA-wrapping. This is hardly revolutionary stuff and the author, though an interesting guy, isn’t exactly the go-to guy in key national capitals. So don’t expect this to become policy any time soon. To view the UK as an “impediment” – ignoring the moving goal posts created by the eurozone crisis – is also predictably simplistic.

In addition, there are massive obstacles to more EU integration also amongst “EU partners” and European public opinion – from joint and several liabilities in Germany, to Bundesbank-style budget controls in France to banking union in Sweden. But Duff’s contribution is nonetheless welcome as it does remind us of the need to develop a new model for EU integration in light of changing economic, political and economic circumstances – one that is better at reconciling different democratic decisions in member states with EU cooperation. This is a debate that should be in everyone’s interest to have under way.