Silvio mentions euro exit (again), but everyone is waiting for Mario: An update on Italy 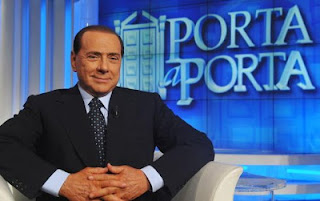 Time for a quick update on Italy, with Silvio Berlusconi and Mario Monti in the spotlight again. Over the past few days, Berlusconi’s air time has increased exponentially. The gist of his interviews remains broadly the same (see our previous posts here and here). Yesterday, on Italian public broadcaster Rai Uno, he said,

“Either Germany understands that the ECB must act as a real central bank, and therefore print money, or unfortunately we will be forced to leave the euro and return to our currency.”

Believe it or not, his anti-German rhetoric is paying off. Several opinion polls indicate that support for Berlusconi’s party is on the rise – although it remains well behind the clear front-runner, the centre-left Democratic Party. This explains why Il Cavaliere is now urging not to “rush” to the elections – suggesting that the vote should be postponed by 1-2 weeks, to 24 February or even 3 March. Perhaps he believes that two extra weeks of electoral campaigning could make a big difference.

Therefore, it is no surprise that Berlusconi’s MPs and Senators are now using all possible parliamentary tactics to delay the final approval of the budget law for 2013-15 – which amounts to pushing Monti’s resignation back. For the moment, Monti has postponed his end-of-year press conference, initially due on Friday – probably a sign that the budget law will not be adopted by then.

In the meantime, uncertainty remains over what Monti will do after his resignation. According to Italian daily La Stampa, he has decided to stay out of the race, while at the same time making a strong endorsement for a group of small centre parties supportive of his reform agenda as early as this weekend (see our overview for further details about where Italy’s main political parties stand ahead of the elections).

From outside the electoral race, the article suggests, Monti would have the possibility to act as a mediator and facilitate an alliance between those centre parties and the Democratic Party. Sounds plausible, and it might turn out to be a good idea for at least two reasons:

We will continue monitoring the situation closely, so keep following us on Twitter @OpenEurope for real time updates.