Banking union: are you in or out? 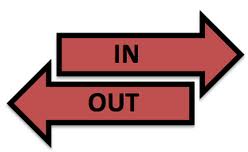 Ask what is the ideal outcome for the UK from the talks on EU banking union and – much like when the super-computer in the Hitchhikers’ Guide to the Galaxy is asked about the meaning of life, the universe and everything – you’ll get a number: in this case 5 as opposed to 42.

This is the number of countries that should stay outside of the banking union for the UK to have the greatest leverage at the European Banking Authority. Anything less and, as we’ve noted, there may be a risk that the very beneficial “double majority” voting rules will be re-written, with Qualified Majority Voting amongst ministers and a simple majority in the European parliament (though there’s a political agreement to solve the matter through unanimity in the European Council). Any more wouldn’t be a disaster, but would proportionally dilute the UK’s influence.

That’s of course only one of many reasons why the exact membership of the banking union matters for everyone. So, who’s in and who’s out? This is the current state of play:

Definitely Out
The UK: As we’ve noted, even if the “referendum lock” and virtually every Tory backbencher weren’t  enough to keep the UK out, add €10.2 trillion worth of UK bank assets, and there’s no chance that the eurozone would ever allow Britain to join. The UK could not be more out.

Czech Republic – Czech Prime Minister Petr Necas wrote an op-ed for Lidove Noviny arguing that Czech taxpayers can’t be asked to save troubled European banks. The government has said the country is out “for now”, and requested guarantees that its domestic banking supervisor, the central bank, will have a decisive say if a foreign bank seeks to turn its operations into a branch from a subsidiary, which is subject to stricter local regulation.

Sweden – Swedish Finance Minister Anders Borg said that “These were tough negotiations. Sweden will remain outside the banking union, but we believe this is a good compromise.” However, the Swedish Government has also left the door open for joining at a later stage.
“Wait and see”
Denmark – Both the centre-left coalition government and the main opposition party, Venstre, have said they have not yet decided whether Denmark should join the banking union. Two other opposition parties, the People’s Party and Enhedslisten, have called for a referendum on whether the country should join, saying it’s required under the country’s constitution. Other than the UK, Denmark is the only EU member state with a legal opt-out from joining the euro.
Hungary – Having been very strongly critical of the original proposals, Hungary’s position is  somewhat ambiguous. PM Victor Orban is playing his cards close to his chest: “In view of the proposals, we are in a much better position than anticipated… The non-Eurozone countries are now free to decide whether or not they wish to join the European banking supervisory system. Sometimes even we can be lucky”.
Poland – Polish Europe Minister Piotr Serafin said that Poland had not yet decided whether to join, and will not declare a position at this week’s EU summit. He argued that “Our job over the course of the last few months was to create a better balance between the rights and obligations of non-eurozone countries. I think a lot has been achieved, although there is still room for improvement in some areas”. Polish PM Donald Tusk announced he will be consulting the finance ministry, central bank and the national regulator prior to making a decision. Polish daily Gazeta Wyborcza suggests the government will wait for further details on the second part of the banking union proposals to emerge, in particular concerning the common resolution fund.
Latvia – Latvian Finance Minister Andris Vilks tweeted yesterday that Latvia’s three biggest banks may fall under European Central Bank supervision, but without giving additional details. Latvia hopes to join the currency bloc in 2014, the year the new supervisory mechanism should be fully ready, so looks likely to join.
Lithuania – No official position has yet emerged from Vilnius, but like neighbouring Latvia the country wants to join the single currency by 2014 so we would expect it to opt in.
Romania – We are still waiting for official confirmation to emerge either way, but we hear rumours from Romanian officials that “the vibe is positive”. Romania could therefore well opt in.
Bulgaria – According to Bulgarian National Radio, Prime Minister Boyko Borisov seemed to suggest ahead of the EU summit that his country would definitely join the system of single supervision. However, following a number of conflicting reports, we were able to clarify that the official position is that Bulgaria is ready to join, but it has not committed to a timetable for doing so.
So the UK remains the only one that is out – indefinitely – while the Swedes and Czechs are unlikely to join any time soon. On the other side, Latvia, Lithuania are the most likely to join while Hungary, Poland and in particular Denmark are very difficult to call at the moment.
So on current count – though this is an exceptionally moving target – two probably in, three out and five uncertain.

NB This blog post was updated at 11.21 on December 18 to reflect that Bulgaria was in the “wait and see” camp rather than being definitely in.