EU farm subsidies – the mother of all misallocations 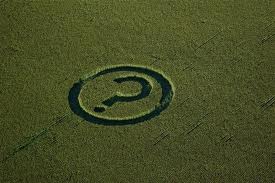 Its been a busy few days on the EU budget front with the inconclusive EU leaders’ summit on the EU’s long term budget, and the Commission’s new proposal for the 2013 annual budget (largely unchanged from the version MEPs and member states were unable to agree on). Much of the attention in the talks were given to absolute numbers over substance, which is why Tuesday’s Court of Auditors’ report on the ‘single farm payment’ – accounting for roughly one third of the EU budget – is very interesting. The CAP as a whole (comprising the rural development component and the remaining market distorting subsidies) accounts for around 40% of expenditure – €56.8bn this year alone.

Specifically, the report looks at the effectiveness of the ‘Single Area Payment Scheme’ (SAPS) which is just EU jargon for the bulk of farm subsidies to most of the new EU12 member states under the CAP (The EU15 states plus Malta and Slovenia have a different support scheme called the Single Payment Scheme. A unified scheme for all 27 states is due to be introduced in 2014. The generic terms for both is usually ‘the single farm payment’).

The language is, as usual, cautious but it’s quite clear that by EU standards, the Court of Auditors absolutely slams these subsidies. In the report’s executive summary we read that:

So in other words, the single farm payment is a ill-targeted subsidy with no clear links to either the delivery of public goods or economic reform. In today’s economic climate, to maintain such a fundamentally irrational policy must be considered something of an accomplishment.

What should we have instead? As we argue in our dedicated report on this issue, there could be a broad rationale for having a publicly subsidised system for delivering public goods in the countryside such as bio-diversity. One way of achieving something at least remotely sensible, would be for the CAP to be slimmed down (we proposed a 30% to the direct subsidies which would have saved over €12bn this year) and refocused to deliver a range of environmental benefit through a system of transferable agri-allowances (if intrigued, check out the full study).

But the current system just has to go.