The confusion of EU budget maths 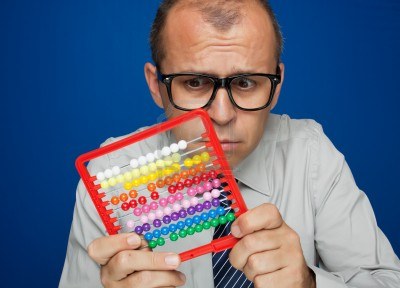 Confused by the various figures flying around in the EU budget talks? When is a freeze a freeze and not an increase etc? Don’t feel bad, everyone is confused. There are a number of ways to calculate the increase or otherwise in the EU budget, depending on whether one looks at:

In other words, enough to do your head in. Heading into tomorrow’s negotiations on the EU budget there are essentially two crucial elements to take into account when considering whether Cameron has managed to deliver what he has promised (a real-terms payments freeze): the level of “payment appropriations ceilings” versus “commitment appropriations ceilings”; and share of EU spending covered by UK’s rebate.

The first point is tricky because the UK Government has set its stall out using different measurements to everyone else.

Every annual EU budget includes a figure for ‘commitments’ (which are essentially ‘promises to pay’ or funds that can be earmarked that year) and ‘payments’ (the level of money actually paid out in the given year). The long-term budget on the other hand, which is being discussed tomorrow, includes ceilings that limit the maximum level of commitments and payments that can be made in the years 2014-2020, with payments always lower than commitments.

Now, all the plans on the table at the moment, except the UK’s, compare proposed commitment ceilings for 2014-2020 to the previous long term budget’s commitment ceilings for 2007-13. The UK has taken the level of payments from the 2011 budget (i.e. the money actually spent that year) and, after scaling the figure up to cover the full seven years, used this as its baseline. This helps explain the very large gap in the UK’s proposal compared to the others. Using everyone else’s baseline (2007-13 ceilings), the UK proposal looks a lot more like a real terms cut than a freeze.

Reports overnight suggested that the UK was ready to negotiate a deal based on the Herman van Rompuy (HvR) proposal – on the surface this looks like a significant U-turn given that the UK’s proposal totals around €886bn in payments compared to €1011bn in commitments under the HvR plan. However, this is comparing payments with commitments. New reports suggest that the new version of the HvR proposal includes a payments ceiling of around €938bn, significantly closer to the UK’s position and a slight real terms cut on the current payments ceiling (€4bn). This then is the figure to compare. This figure is likely to have to come down further to be accepted by the UK. But, although it wouldn’t be ideal, David Cameron might be able to sell this as a ‘cut’ or ‘freeze’ at home, because on everyone else’s terms it would be.

The main stumbling block with the HvR proposal falls under the second issue – the rebate. Currently, the plan would change the way the rebate is calculated, removing the UK’s compensation for ‘rural development’ spending in the new member states and requiring the rebate to be funded by all member states (including the UK). We estimate that this could cost the UK between €3.5bn and €7bn over the seven year period – this clearly makes it unacceptable to Cameron, who has pledged to defend the rebate. However, this proposal to change the rebate would appear to be a straw man to knock down (a domestic win for Cameron).

This is because, as we noted a few weeks back – featured by Newsnight – the UK rebate is already set to fall by a similar amount, simply by virtue of the way money is likely to be allocated in future and the way the rebate works. More money is set to go to the newer (poorer) member states and this means there will be less spending on which the UK receives a rebate. This means that the UK net contribution to the EU budget could rise even if there is a freeze or a small cut in the budget. This is unavoidable and much a result of previous rebate negotiations under Tony Blair.

Overall, the UK could end up with a deal where its net contribution increases (due to a fall in the rebate) and the overall budget is above its desired target. But, this is not as bad a deal as it might appear and could still represent a real terms cut in the budget (on all the other member states’ and the European Commission’s baseline). Of course a lot could still happen in the coming days.

That said, the EU budget remains an anomaly and an insult too all economic common sense. We would still much have preferred the UK to push for wider reform of the EU budget in terms of content as well as size, especially since (as our recent blog showed) plenty of other countries were upset at the potential spending increase.  The simple fact that we need to explain all of this speaks volumes about how the UK Government has communicated its strategy. It failed to properly express what it’s position was and why, which has probably made it more difficult to explain its position to both its EU partners and the general public alike. This could cost the Government when it comes home with a deal.