EU and the Nobel peace prize: the once-celebrated actor who just got a life-time achievement award? 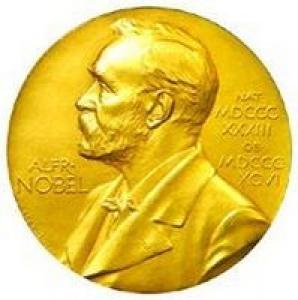 It’s common practice in Hollywood to give a life-time achievement award to a once-celebrated actor whose career is in decline. Although he or she hasn’t really done a good movie in years, the award acts like a bit of encouragement and/or belated recognition. The exercise is partly driven by appreciation but also has a condescending feel to it, with the implicit suggestion being that your best days are behind you.

When we heard the unexpected news today that the EU won the 2012 Nobel Peace prize, we couldn’t help but to draw this analogy. You can almost picture the actor (the ‘EU’ in this case) – dragging themselves up onto the stage to collect their award despite having since gone through several broken marriages, a series of stays in rehab, and a ton of plastic surgery. It’s all for show – but we can’t help but feel it’s a bit sad at the same time.

But what’s clear is the EU isn’t exactly hot at the moment. Trust in the EU in the Mediterranean – the countries to which the zone of peace and stability spread in the 1980s and who have traditionally been the strongest supporters of the project – has dropped from 55% to 25% in a decade, in the wake of euro-induced pain. Several countries are in recession. Angela Merkel got a pretty rough reaction in Greece earlier this week. Far from uniting countries and fostering “solidarity”, the Eurozone crisis risks driving a wedge at the heart of the European project, between north and south in particular.

But at the same time, to be fair, despite Angela Merkel trying to bundle the two together (a mistake), the EU isn’t only the euro. The Nobel committee is right that ‘the EU’ as a trading block has contributed to stability and peace in Europe, first following WWII and then carrying on throughout the transition of Mediterranean ex-dictatorships and post-Communist countries. The idea of stability through trade is fundamentally a good one, and enlargement is the EU’s only proper foreign policy tool. But the awarding committee, of course, hugely simplifies the issue. The EU is only one of several factors which played in maintaining peace and stability in Europe after WWII; the role of NATO cannot be overlooked in this context.

The saddest (some would describe it as the most ironic) part about the EU’s lifetime achievement award is that through ideological over-reach, political vanity and economically illiteracy, i.e. the Eurozone at 17, much of what Europe has collectively achieved with respect to trade, peace and stability, risks being undermined. The committee should have added this lesson to its motivation: trying to stamp out economic and democratic realities through political and ideological ambition alone never ends well.

PS: Organisations have of course won the prize before – the UN, the inter-governmental panel on climate change, Amnesty international etc – but the debate is currently raging as to who, exactly, will accept the prize. This links to a second question. Who, exactly, did the Norwegians award the Nobel Peace Prize to? Jose Manuel Barroso? Herman Van Rompuy? Angela Merkel – whose taxpayers are currently paying for the party? The European Parliament – many of whose MEPs are under the impression that they are seen as the legitimate democratic voice for European citizens? The head of that fine entity known as the European Social and Economic Affairs Committee (if you’ve never heard of it, not to worry)? Or the millions of Europeans who travel and trade across borders rather than shooting at each other (and vote for politicians who want them to do just that)? Who, exactly?