Meanwhile, in the Far North 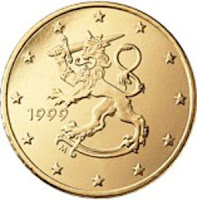 One of the consequences of the eurozone crisis is that media, pundits and market analysts have been forced to become experts of what previously would have been seen as the most obscure political events. Thus, the Finnish local elections now have international significance (although they are still not making any headlines) as they serve as a barometer for the extent to which “Europe” as an election issue can trickle through to the local level. The theory being that the closer the issue gets to citizens, the harder for EU leaders to sell more integration.

An opinion poll for Finnish public broadcaster Yle puts the anti-bailout (True) Finns party at 17.2% – three times higher than in local election in 2008. Compared to 2008, all parties except for the Green party and the (True) Finns party would lose voters.

With a majority of voters from all Finnish parties – apart from the small Swedish People’s Party – seemingly opposing more eurozone bailouts, expect Finland to remain assertive. Starting with the rumoured leveraging of the ESM.