What does the reshuffle mean for Europe (clue: police and crime)? 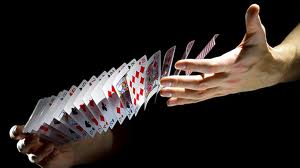 In any major Government-led event, there’s always a Europe sub-story. The Government reshuffle today is no exception. So what does this mean for the Coalition’s EU policy? Well, there’s one area to look out for: EU police and crime law. With respect to Europe, here are the significant moves so far:

By accident or design, the most significant move is Chris Grayling, as it sets up the Coalition to take the 2014 EU JHA block opt–out, perhaps announcing it at the October Conservative Party Conference. Indeed, as we’ve argued before, this is precisely what David Cameron should do in order to get some much-needed credibility on Europe. To recap: this opt–out, included in the Lisbon Treaty, means that the UK must decide before June 2014 whether to remain inside 130 EU Crime and Policing measures, including the European Arrest Warrant (EAW), and transfer the ultimate jurisdiction over them to the European Court of Justice (ECJ), or whether to opt out of them altogether – which would significantly reduce the EU’s influence over policing and crime law in the UK. The Government then will have the chance to opt back into these laws on case-by-case basis.

In other words, this is a huge choice between a lot more, or a lot less, Europe. Expect a dog fight. Cameron will no doubt come under pressure from the Police and Liberal Democrats to stay inside the lot or, at least, opt back into as many laws as possible, no questions asked, including the EAW, Eurojust and measures on data sharing, for example. Chris Grayling could well add a lot of weight in opposing such moves (contrast and compare to Ken Clarke) and could perhaps argue for a deal whereby the UK opts back into some vital measures if the EU agrees to give the UK an exemption from ECJ power over this sensitive area. Grayling could also add momentum to Tory demands to restrict the jurisdiction of the ECHR, in particular prisoners’ votes. The Government has to announce by November how, exactly, it intends to implement the ECHR’s ruling, so this is another imminent issue.

This could work out for the best: As we argued in a report published in January – a recommendation which drew backing from 100+ MPs – David Cameron should take the block opt-out and only opt back into the absolutely vital laws on a case-by-case basis. And the party conference would be the perfect place to announce this.

The second most important move is Owen Paterson’s transfer to DEFRA. Paterson is one of the most trenchant EU reformers and a supporter of some sort of EU-related referendum. He has now been given responsibility for two policy areas – fishing and farming – which are almost entirely decided in Brussels. Paterson was the shadow fisheries minister under Michael Howard, when he called for the repatriation of the Common Fisheries Policy. This could set Cameron up for a second announcement at the conference – or at least an attempt to show his party that the Coalition is achieving EU reform – since, as we speak, the Common Fisheries Policy could, possibly, be moving in the direction of more ‘regionalisation’ , i.e. neighbouring member states being given more discretion to sort out quotas amongst themselves. Still a long way off fromPatterson’s proposals though and amongst backbench MPs and the grassroots, it is likely to be perceived as a fairly minor concession in any case.

On Common Agricultural Policy Reform, currently part of the negotiations over the EU’s next long term budget (to run between 2014 and 2020), despite his strong views, Paterson is unlikely to be able to change the directionof travel. The UK is pushing for an overall freeze to the EU budget, meaning that the CAP will largely stay unreformed (see here, here, here  and here for detailed discussion). In addition, Paterson may not want to rock the tractor, so to speak, given that his constituency is pretty rural, while the brief is led by the FCO and the Treasury anyway. Paterson also has a climate change-sceptic streak which may have an impact on how he handles the environmental side of the DEFRA brief and when this crosses over with EU policy (though DEFRA is more biodiversity than emissions).

That the re-shuffle won’t bring in people who willshake-up the Coalition’s EU budget policy is a shame, since the EU budget doesn’t only need to be frozen but also radically reformed on substance – as we’ve shown repeatedly and comprehensively.

Other less significant moves are Baroness Warsi’s replacement for a retiring Lord Howell as FCO spokesman in the Lords. Lord Howell, another EU reformer with a great personal commitment to the Commonwealth, carried out his role with charm and expertise and will be a hard act to follow. It’ll be interesting to see how Warsi will work out in that role.