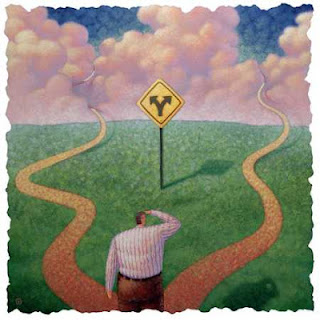 For German speakers, this op-ed from Berthold Kohler – one of FAZ’s editors-in-chief – is definitely worth a read. We’ve translated the key bits below.

Without lapsing into populism, Kohler nails the problem with the narrative pushed around by certain politicians that: “the only choice available to Europeans is to seek refuge in a political union”. However, as Kohler argues, this is a false dichotomy:

“Among the alleged certainties was one that the organisation of Europe only ever grew in its times of crisis. However, many of the contradictions, differences, and conflicts of interest that led to the previous escalations of crises were merely pushed aside, glossed over or covered up with a lot of (German) money. These skeletons in the closet of the European house played an essential role in ensuring that the over-indebtedness of states evolved into the mother of all EU-crises.”

“By and large, it is no longer seriously disputed that it was a mistake to establish a monetary union without having first laid the foundations for a common budget, fiscal and social policy. The participating states were not ready to accept the relinquishment of sovereignty that this would have entailed; many EU member states are still not ready… Warnings of experts were at best ignored; the euro was portrayed as a miracle healer in of itself… This belief-bubble has, like similar such speculations, burst. Yet the debris of earlier European political axioms have already clumped together to form a new dogma. There is only one choice: giving up the euro and returning to national currencies – regularly associated with the ‘failure’ of Europe and a return to the Middle Ages – or a great leap into a political union which alone can save the euro.”

“The Europeans are thereby told that in truth they have no choice, there is only one way out of the crisis – the one that the majority of them previously did not want to take. For this reason, the descriptions of the political union are made largely vague. The small print is not very popular. Any form of standardization is associated with a loss of diversity and autonomy.”

“Not only the economic and national conditions in the participating countries, but also their political presumptions and ideals utopias are still too disparate as to be able to be accommodated within a political union. To believe that this variability could be reduced to a common denominator with a single strike of constitutional and political genius, which the peoples of Europe will enthusiastically agree to in the face of all previous experiences, is to underestimate the strength of their cultures, collective memories, myths and mentalities – the very diversity that belongs to the essence of Europe.”

“The crisis in Europe is not only about money but also the limits of ‘ever closer union’. Jean Monnet’s model of integration by means of the supranational [European] Commission is outdated… This is a good thing…it is time for proper democracy in Europe.”