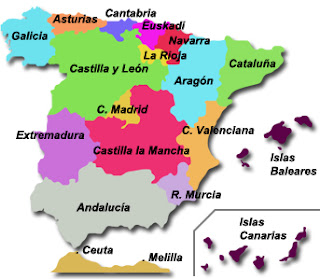 As Spain seems to have wiped anyone else away from eurozone crisis-related headlines, we have published a new briefing looking at how the Spanish crisis could evolve in the near future – focusing our attention on the role of the regions and potential bailout scenarios.

Forgive us a bit of self-praise, but we have repeatedly stressed the risks involved in Madrid being unable to rein in spending at the regional level (see here and here, for instance). In our new briefing, we argue that, at the end of the day, the regions alone will not make or break Spain financially (more likely, it will be the banking sector, a risk which we also highlighted at length). In fact, if they continue to rely on the central government for funding, this could increase Spain’s financing needs for this year by an extra €20bn – not pocket change, but still around only 2% of the country’s GDP.

However, further damages to the credibility of Mariano Rajoy’s government vis-à-vis its eurozone partners would be inevitable. Furthermore, we believe regional problems combined with banking sector issues and other pressures could ultimately push Spain into a fully-fledged bailout.

But would there be enough money in the pot if this happens?

Probably not. In fact, we estimate that taking Spain off the sovereign debt markets for three years in a Greece-style bailout would cost between €450 billion and €650 billion. This is both economically and politically impossible at the moment, given that the lending power of the eurozone’s two bailout funds, the EFSF and the ESM, will only total €345 billion this year, and will rise to €500 billion in mid-2014.

Therefore, we suggest that the most likely scenario is a combination of measures, involving a precautionary loan of around €155 billion combined with a new bout of ECB liquidity. However, even that could, at best, only buy Spain six months to a year.