A triumph for European Parliamentary scrutiny? 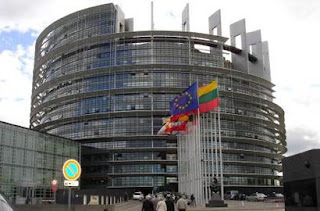 As the only directly elected component of the EU machine, taxpayers and citizens have a right to expect that MEPs will stand up for their interests in Brussels, scrutinising the decisions and spending of the other EU institutions.

In recent months, the parliament’s budgetary control committee, marshalled by Monica Macovei MEP, the former Romanian Justice Minister, has been very critical of three EU agencies in particular – the European Environment Agency (EEA), the European Food Safety Agency (FSA) and the European Medicines Agency (EMA) – for “using public money for questionable purposes and for tolerating conflicts of interest in top management”, an an issue we also highlighted in our recent short report on this topic.

Consequently, the Parliament voted to postpone the discharge of the agencies’ 2010 budgets, a strong signal of disapproval by EP standards. However, as the Parliament magazine reported yesterday, German socialist MEP Jutta Haug, the parliament’s rapporteur on the EU agencies in the committee – the very person who should be taking the lead on this issue – wrote to the agencies telling them they did not need to co-operate any further with MEPs. In the letter to Catherine Geslain-Lanéelle, director of the FSA, she wrote that:

“I am of the opinion that during the during the 2010 agencies’ discharge procedure, the committee has exceeded by far its competences… Consequently, I should like to invite the FSA not to reply to inquiries beyond the comments voted in plenary.”

Could you imagine a UK MP undermining their colleagues by writing to the head of a public body urging them not to co-operate further with a parliamentary investigation into how they spend taxpayers’ money?

Undermining even this much welcome, even if relatively modest, attempt by MEPs to inject greater scrutiny and transparency into EU spending will surely only further exacerbate the disconnect between what is happening in the real world and the EP bubble.