What a difference the question makes 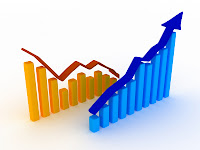 When asked “Do you think David Cameron should or should not set out a timetable of what sort of powers he hopes to bring back from the EU and when he will be able to deliver on that?” 63% of voters said he should, 24% said he should not, and 13% were undecided.

On the question of a referendum, 67% support having a referendum on “Britain’s relationship with Europe within the next few years”, 19% do not and 14% don’t know.

But here’s the crucial thing: the potential referendum question. If voters are only given the choice between in or out, 48% would vote to leave, 31% to stay in, 4% would not vote and 17% said they were undecided.

However, when asked the following question, “Imagine the British Government under David Cameron renegotiated our relationship with Europe, said that Britain’s interests were now protected and recommended that Britain remain a member of the European Union on the new terms. How would you then vote in a referendum on the issue?”

The evidence therefore suggests that an in/out referendum would deny a huge portion of the British people their preferred choice.

As we have long argued, an in/out referendum also does not provide an answer to the question “what type of relationship do you want with Europe?” In or Out there will still need to be negotiation because access to the EU market remains a must for the UK. Going for the ‘Norwegian’ option, for example, would basically be just as much inside the EU as the current arrangement (but without a say over the laws).

Incidentally, the Sun comes out backing renegotiation and a referendum now – hinting that, should this fail, the UK ought to leave altogether.