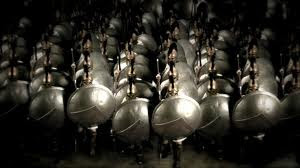 How would you feel right now if you were a government ‘swing’ voter in Greece?

Following its very first meeting with the EU/IMF/ECB troika the new Greek government looks to have abandoned its hope for renegotiation, at least in the short term. Finance Minister Yannis Stournaras announced:

“The [Greek reform] programme is off-track and we can’t ask for anything from our creditors before we get it back on course.”

In May we predicted that “given the huge stakes, it may well be the Greek parties that blink first”.Well, they may just have done precisely that.

We’re not disputing that the Greek programme is off track – following months of delays from the elections and the near impossibility of achieving the cuts in the first place, even imagining it would be anywhere near on target would have been frankly living in a dream world.

However, there are swathes of voters who switched from anti-bailout parties and smaller groups to support this new coalition on the back of promises of ‘responsible’ renegotiation. The fact that after the first meeting and only a few weeks in office the government looks to have already folded may be a slap in the face for many. The nature of the U-turn may also be difficult to swallow. Press reports suggest that Prime Minister Antonis Samaras was hesitant to make any requests (following some frosty comments by IMF Director Christine Lagarde) and looked more to highlight the increase in privatisations – a significant change in tact even if it is a good if difficult to achieve aim.

As we always suggested, renegotiating will be tricky and the prospects for Greece in the euro look increasingly unsustainable. But this could also add another layer of political and social problems. Firstly, it is an open goal from opposition leader Alexis Tsipras who has railed against the bailout and the nature of the government politicians (part of the failed ruling elite according to him). He even made the direct accusation that they would not stick to their promises for renegotiation – clearly this will only put wind in his sails. Secondly, those voters who supported the government in good faith, trying to balance their support for the EU and the euro with the economic troubles they face, may find themselves increasingly disillusioned.

It’s early days but if the government continues along this line we wouldn’t be surprised to see an increasing number of protests and even more rioting. The next polls should be revealing and again we would hazard a guess that Tsipras may turn out to be the big winner from all this. In the meantime it seems that the Greek economy and people will continue to struggle along with little light at the end of the tunnel.