Credit where its due: EU Patent office is a good deal for British and EU businesses 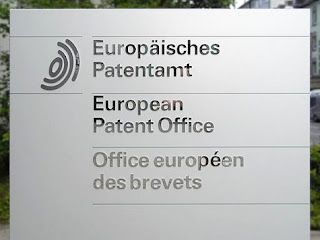 The creation of an EU patent office, somewhat overshadowed by the latest twist on the eurozone crisis rollercoaster, was one positive piece of news to emerge from the recent EU summit. As we have noted previously, this is not before time.

It has taken ages to agree a patent and it has now finally passed through the European Parliament via the use of the novel ‘enhanced cooperation procedure’ in order to overcome the objections of Spain and Italy, who are upset that not all EU languages are to be used (something that would have lumped a higher cost on users).

If they manage to sort out the outstanding issues (which unfortunately is a big if) for the first time a British inventor will only need to register a patent once to protect their work throughout the EU. If done right this should reduce costs and increase protection for the UK’s important knowledge based scientific and creative industries. In other words, good news for UK business. But as well as being good for UK and EU business, this is also interesting as it breaks two EU taboos:

We have long been a critic of the way the ECJ works so an acceptance that it cannot be the final arbiter of everything is good news and sets an important principle. Unfortunately, this is not a done deal yet. Unsurprisingly, the ECJ has already ruled that it must have jurisdiction, in a move that reflects poorly on the Luxembourg court.

Still credit to David Cameron and other EU leaders for taking a positive step to boost innovation and business growth. Sometimes “more Europe” can help.