How many German economists does it take to change a banking union? 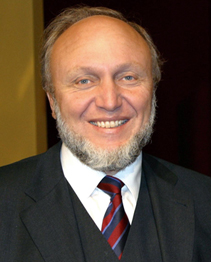 The discontent in Germany following the decisions reached at last week’s EU summit continues to grow. This morning, a coalition of 160 German economists, marshalled by Hans-Werner Sinn (pictured), the heavyweight head of the IFO Institute and long-standing critic of the eurozone bailouts, published an open letter to their “fellow countrymen” criticising the decisions taken at last week’s EU summit. In the letter, published on the FAZ website, the economists warn that:

“We view with great concern the step towards a banking union, which will result in the collective guarantee of the debts of the banks in the eurosystem. These debts are almost three times as large as the government debt and in the five crisis-affected countries they lie within the range of several trillion euros. The taxpayers, pensioners and savers of the still stable European countries cannot be allowed to be held liable for this debt… Banks must be allowed to fail. If the debtors cannot pay, there is only one group who can and should bear the burden: the creditors themselves.”

Politicians may hope to be able to limit the amounts of liability and prevent abuses through common bank supervision. They will however not be able to pull this off for as long as the debtor countries command a structural majority in the eurozone. If the ‘solid’ countries agree to the pooling of liability for bank debt in principle, they will be constantly exposed to pressure to increase the amounts of liability or to soften the requirements for liability provision. Strife and discord with our neighbours will be inevitable.

Neither the euro nor the European idea will be saved by extending the liability to the banks; this will instead help Wall Street, and the City of London – and some investors in Germany – and a number of ailing domestic and foreign banks which will burden the citizens of other countries which have nothing to do with them. The socialization of debt will not permanently solve our current problems; instead, under the guise of solidarity, certain creditor groups will be subsidised.”

The letter concludes with an appeal for members of the public to lobby their elected representatives to make them aware of this danger to the German economy.

Further evidence of the fact that domestically, as we noted earlier this week, Angela Merkel is rapidly running out of room for manoeuvre in terms of selling the eurozone rescue to the German public and elite alike.