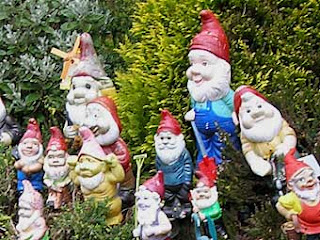 We’ve been making a concerted effort here on the OE blog to bring you many of the more memorable quotes from the eurozone crisis, and we’ve had at least one more following a debate in the German Bundestag ahead of tomorrow’s European Council summit.

As expected there was a lot of anxiety about potential debt pooling. From CSU MP Gerda Hasselfeldt, for example, who said that calls for a pooling of liabilities between eurozone members would be:

Meanwhile, speaking to journalists before the debate, FDP leader Rainer Brüderle slammed the present state of the EU, claiming that:

“The whole world is laughing its head off over these 27, soon to be 28, garden gnomes that are trying to play global politics but can’t even get their own act together.”

Brüderle, renowned for his tendency to shoot from the hip, had to row back when asked if he counted Angela Merkel among these gnomes, saying that the comment had not been directed at any one individual.

Combined with Merkel’s comments yesterday that there would be no shared total debt liability for as “long as she is alive”, the mood in Germany is certainly feisty ahead of tomorrow’s summit…