Referendum confusion: Is Cameron protecting Britain from British plans for a eurozone superstate? 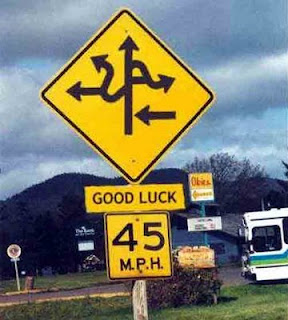 The eurozone crisis alone is complicated enough. Add in UK domestic politics and calls for a referendum on EU membership, and this stuff becomes maddening.

Today’s Europe coverage in the UK press was a wonderful cocktail of a euro Armageddon, EU-UK relations and a huge dose of British domestic politics.

The Telegraph reported that:

“The Prime Minister dismissed as ‘nonsense’ a suggestion from Angela Merkel, the German chancellor, that the European Union should eventually have a single national identity and described as ‘nonsense’ the idea of loyalty to a common European flag.”

It also noted that Merkel said yesterday, “We need more Europe, a budget union, and we need a political union first and foremost”, which led the paper to proclaim that “David Cameron promises to ‘protect’ Britain from German plans for a eurozone superstate with common banking and political systems”.

But is that really what’s going on here? It’s true that both Cameron and Osborne have floated the idea of “safeguards” if the eurozone presses ahead with a banking union and further integration. But here’s the thing: Germany’s default position remains strongly anti-fiscal burden sharing, meaning that Merkel’s ‘budget union’ is still based on exporting German fiscal discipline to the eurozone-level by introducing stronger budget oversight and enforcement mechanisms – only then could some form of debt mutualisation be considered. A German-led superstate still seems years off – if it ever will be agreed (no matter how much other parts of the eurozone or markets might like to see it right now).

In contrast, David Cameron last month called for a bigger bailout fund, shared eurozone bonds and a more active monetary policy from the ECB – in other words, the eurozone quickly moving to “joint and several liabilities” with stronger states indefinitely underwriting weaker ones. That would really be a German-led super state.

So, who’s plans are Cameron and Osborne really trying to ‘safeguard’ themselves against? Of course, Cameron is right to stay well clear and seek safeguards in return for nodding through treaty changes designed to achieve a fiscal or a banking union, for example for UK financial services. But this discussion leaves the impression that Cameron is actually seeking safeguards against his own plans for eurozone integration. Not necessarily a contradiction, but not a good starting point for future negotiations over EU treaty changes either.

In response to questions about the impact on Britain of more eurozone integration, Osborne yesterday told the BBC Today Programme that:

In reality, Osborne merely re-stated what’s in the ‘referendum lock’, i.e. a substantial transfer of powers to the EU will, by law, trigger a public vote. But the context is confusing. In all likelihood any eurozone focused treaty change would not legally and constitutionally impact the UK enough to trigger a referendum. Furthermore, the government’s talk of safeguards suggests that, if none are present, the UK would veto any treaty change before it actually gets to a referendum. So a referendum still looks unlikely, at least on the back of the eurozone crisis.

Osborne and Cameron are in an unenviable position – the eurozone crisis threatens to send Britain into a deeper recession, and remains a fundamental threat not only to the UK economy but also now to the Conservatives’ 2015 election prospects. Tory backbenchers and UKIP are both breathing down the necks of the Conservative leadership over an EU referendum. All factors considered, Osborne and Cameron are doing a decent job balancing all these interests.

At the same time though, as we hint at in today’s Telegraph, the UK government could end up in a rather strange position by sending all these political hares running at the same time. Is it going to veto the same Treaty changes (to establish a fiscal / banking union) that it is now effectively calling for? If it’s deemed that these treaty changes de facto transfer powers away from the UK – i.e. by shifting the institutional balance of power towards the eurozone at the UK’s expense – will it then also call a referendum on those treaty changes? What would the question be?

This may all work out both in the polls at home and in talks in Europe. But given the unrealistic expectations it raises – and how very difficult it will be to square all these various factors – it may well come back to haunt the Tory leadership, at home as well as abroad.