European bogies under the bed aside, does Ken Clarke have a point? 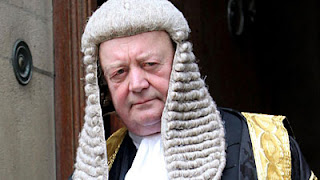 UK Justice Secretary Ken Clarke has just been on the BBC’s Today Programme, taking a major swipe at those calling for an in/out referendum. Asked if he accepted that voters were deeply eurosceptic, he said “The nation is a bit eurosceptic” (no kiddin’). But he went on to say,

“The idea that they are all demanding a referendum on the European Union would be regarded as ridiculous, it would be out of sight as a public priority. It is the demand of a few right-wing journalists and a few extreme nationalist politicians.”

Hmmm. Looks like Ken is continuing arguments from ten years ago – and he comes across as very patronising. But he does have a point though: an in / out referendum would actually settle very little – and probably raise more questions than answers. In the next two weeks, we’ll publish a briefing looking at these very issues. In particular, we’ll look at the tiny issue of what actually happens on Day 2 if Britain did choose to withdraw (i.e. the in / out debate beyond the ‘don’t bother me with the details’ approach that too often comes with this question).

And it ain’t easy. This is one you don’t want to miss…