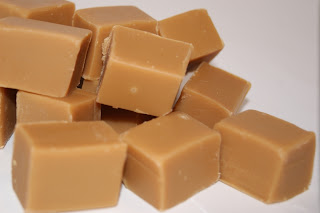 Some interesting opinion polls from the heart of the eurozone from the last couple of days:

In Greece, a series of polls shows momentum ahead of the country’s re-run election next month shifting slightly from the radical left anti-bailout and austerity SYRIZA party to the pro-bailout and austerity centre-right New Democracy party, though SYRIZA is still set for gains compared with its election result earlier this month. New Democracy, which won the elections with 18.9%, now leads with between 25.6% and 27.7%, a lead of between 0.5% and 5.7% over SYRIZA. That means that together with the establishment socialist PASOK party, which won 13.2% at the elections, a pro-bailout coalition could be formed with a majority of seats in the Greek parliament, something that evaded the parties last time.

The polls also showed support for staying the euro at 65% versus 25% against. While staying in has enjoyed a consistent majority, voters are potentially starting to re-align their party choice accordingly – realizing perhaps that ripping out the bailout package comes with massive risks – albeit this could change again before the elections and remember, SYRIZA remains the joker in the pack.

Meanwhile in Germany, public opinion seems to be shifting in the anti-euro direction, with an opinion poll published on Friday by German state TV ZDF finding that 79% of respondents rejected eurobonds as a solution to the crisis, which is a stark reminder for the rest of Europe how far away we actually are from eurobonds. Interestingly, though, support for euro membership itself was also waning, with 50% (up from 43% in February) saying they believed it carried more disadvantages than advantages for Germany, with 45% taking the opposite view (down from 51% in February).

These opinion polls – together with events of recent weeks – point towards one conclusion: we’re looking at yet more fudge. As we’ve pointed out before, as sceptical as one might be about the future of the euro, there’s still considerable scope for negotiations on all sides of the Greek crisis, and therefore, chances that the country can find a settlement and agreement with its creditors after the elections that allows it to stay in the euro remain strong. It would be different if the public were to turn against the euro itself, which it isn’t at this time.

The stakes are simply far too high for another round of Russian roulette.