UK government to Merkel: move to fiscal union or else… 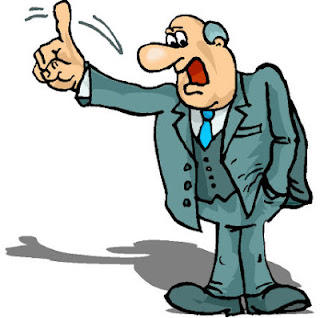 Regular readers know what we think of the UK government’s peculiar habit of lecturing the eurozone on the need to move to a full fiscal union (meaning eurozone governments completely running over their own electorates). Well, over the weekend, the Coalition moved from dropping hints to – it seems – issuing outright instructions.

Here’s Nick Clegg in an interview with Der Spiegel (at least qualifying his remarks):

“You have to have something which creates a fiscal accompaniment to monetary union. Whilst I have a huge amount of sympathy with German taxpayers and German politicians who are reluctant, understandably because Germany is the paymaster of the European Union, to entertain these ideas, I fear that they are unavoidable. It is not sustainable to believe that the eurozone can thrive through fiscal discipline alone – it also has to, at some level, include an ability to either share debt or to deal with shocks in one part of the system or the other through fiscal transfers.”

And here’s George Osborne, writing in the Sunday Times,

“The eurozone needs to follow what I described a year ago as the ‘remorseless logic’ of monetary union towards greater fiscal integration and burden-sharing. I mentioned eurobonds as one possible mechanism, and there are others.”

Meanwhile, David Cameron followed up last week’s comments that the eurozone need to increase the bailout funds, move to”fiscal burden sharing” and the ECB starting to act as lender of last resort (quite a wish list), by saying that the forthcoming Greek elections have to become “a moment of clarity and decisiveness for the eurozone” noting that,

“We now have to send a very clear message to (the Greek) people – There is a choice, you can either vote to stay in the euro with all the commitments you have made, or, if you vote another way, you are effectively voting to leave.”

To be fair, Shadow Chancellor Ed Balls was quick on the lecturing too. While telling the BBC Today Programme that:

“I don’t think David Cameron’s posturing helps at all, I think it just makes it worse”

He did some posturing of is own, telling Sky News‘ Murnaghan Show, however:

“In the end… somebody has got to persuade Germany that this is a catastrophe for Britain, Europe and the world and that Germany has got to change course…The problem is, the German people went into the eurozone 10 years ago on the clear promise that they weren’t going to bail out Italy and the central bank wasn’t going to play this role. Both things have got to change.”

So how did the German commentators and politicians respond to his unusual show of cross-party consensus in the UK (minus London Mayor Boris Johnson, calling the UK government’s stance on eurozone fiscal union “unbelievable”), in favour of more European integration? Barely a whimper. There were a lot of talk of Hollande, and one mention of Clegg’s interview, but apart from that, the German press was deadly silent on this issue, although hinting at a Cameron U-turn, Süddeutsche’s Nikolous Piper has this to say:

“Two years ago, at the summit of the G-20 leaders in Toronto, Merkel was able to enforce the requirement that developed countries should cut their budget deficits by 2013. She was supported by the then newly elected British Prime Minister David Cameron. In the meantime, Cameron’s austerity policies led Britain into a recession, with a corresponding loss of credibility.”

We get it. British euro lecturing is for domestic consumption, but is this really where Cameron wants to be in Europe (the perception isn’t exactly helpful)?